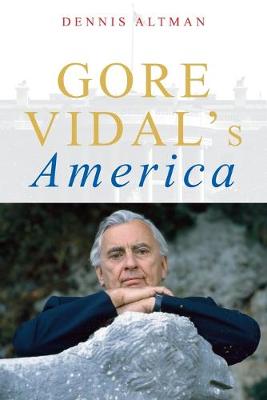 Gore Vidal is one of the most significant American writers of the
second half of the twentieth century, having produced a large
number of best selling novels, essays, plays and pamphlets which
have impacted on major political and social debates for fifty
years. He is both a serious writer and a television and movie
celebrity, whose increasingly acerbic picture of the United States
guarantees he is both revered and reviled.

Gore Vidal's America examines the ways in which Vidal's
writings on history, politics, sex and religion throw into focus
our understandings of the United States, but also recognizes his
versatility and inventiveness as a creative writer, some of whose
novels - Julian; Myra Breckinridge; Lincoln; Duluth - are among the
important literary works of their time.


Ranging from Vidal's early defence of homosexuality in The City
and the Pillar (1948) to his most recent writings on the war in
Iraq, this book provides a unique perspective on the evolution of
post-World War II American society, politics and literature. As
Altman writes: ?Difficult not to see in the results of the
2004 elections, where the Republican right gained in both the White
House and the Senate, proof of Vidal's worse fears, namely that the
impact of imperial adventure, big money and religious moralism
would increasingly imperil the American Republic." 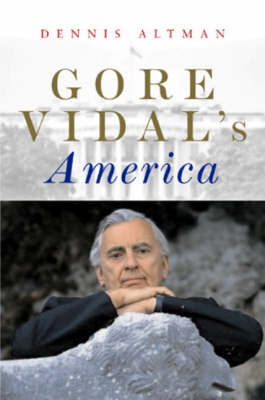 » Have you read this book? We'd like to know what you think about it - write a review about Gore Vidal book by Dennis Altman and you'll earn 50c in Boomerang Bucks loyalty dollars (you must be a Boomerang Books Account Holder - it's free to sign up and there are great benefits!)

Dennis Altman is Professor of Politics at LaTrobe University

A Preview for this title is currently not available.
More Books By Dennis Altman
View All

The First Liberal: A Secular Look at Jesus' Socio-Political Ideas and How They Became the Basis of Modern Liberalism
$37.54 $41.71