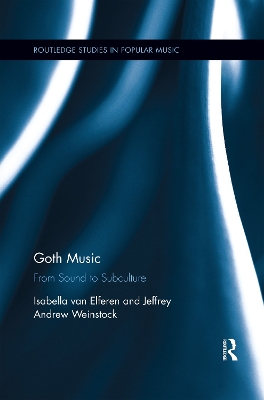 Goth Music: From Sound to Subculture

Is "goth music" a genre, and if so, how does it relate to the goth subculture? The music played at goth club nights and festivals encompasses a broad range of musical substyles, from gloomy Batcave reverberations to neo-medieval bagpipe drones and from the lush vocals of goth metal to the harsh distortion of goth industrial. Goth Music: From Sound to Subculture argues that within this variegated musical landscape a number of key consistencies exist. Not only do all these goth substyles share a number of musical and textual characteristics, but more importantly these aspects of the music are constitutive of goth social reality. Drawing on their own experiences in the European and American goth scenes, the authors explore the ways in which the sounds of goth inform the scene's listening practices, its fantasies of other worlds, and its re-enchantment of their own world. Goth music, this book asserts, engenders a musical timespace of its own, a musical chronotope that is driven by nostalgic yearning.

Goth Music: From Sound to Subculture reorients goth subcultural studies onto music: goth music must be recognized not only as simultaneously diverse and consistent, but also as the glue that holds together goth scenes from all over the world. It all starts with the music.

Other Editions - Goth Music: From Sound to Subculture by Isabella van Elferen 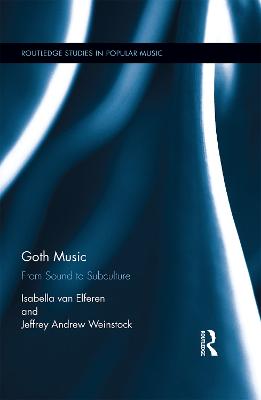 » Have you read this book? We'd like to know what you think about it - write a review about Goth Music: From Sound to Subculture book by Isabella van Elferen and you'll earn 50c in Boomerang Bucks loyalty dollars (you must be a Boomerang Books Account Holder - it's free to sign up and there are great benefits!)


A Preview for this title is currently not available.
More Books By Isabella van Elferen
View All