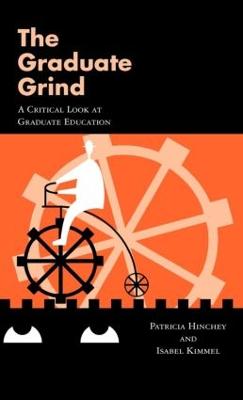 "The Graduate Grind" looks closely at the culture of graduate school in an effort to uncover why graduate students routinely experience extreme depression, illness, divorce and sometimes even suicide and murder. What elements provoke the sense of powerlessness and hopelessness that produces such extreme reactions in students? Unlike others who consider student suffering and failure an integral part of a system based appropriately on "survival of the fittest", Hinchey and Kimmel argue instead that too much student suffering comes from rampant and sanctioned abuse of power. Examining common assumptions and routines through the lens of critical theory, the authors question several aspects of graduate education, including the conception of graduate students as institutional capital; institutionalized prejudice based on age, gender, sexual orientation, race and class; and competing power and value systems. Throughout the book, the authors allow students to tell their own stories, putting a human face on the results of abuses generated by unchecked power and privilege.
Finding current exploitation of students unconscionable, Hinchey and Kimmel call for a new vision of graduate education, one in which institutions abandon the conception of graduate students as renewable institutional resources and begin instead to value and serve them as unique and vibrant human beings.

Other Editions - The Graduate Grind by Patricia Hinchey 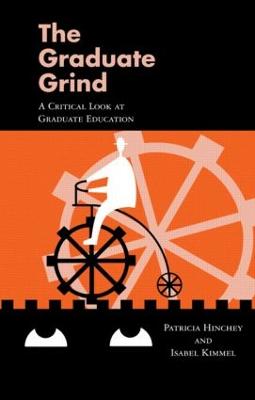 » Have you read this book? We'd like to know what you think about it - write a review about Graduate Grind book by Patricia Hinchey and you'll earn 50c in Boomerang Bucks loyalty dollars (you must be a Boomerang Books Account Holder - it's free to sign up and there are great benefits!)


A Preview for this title is currently not available.
More Books By Patricia Hinchey
View All