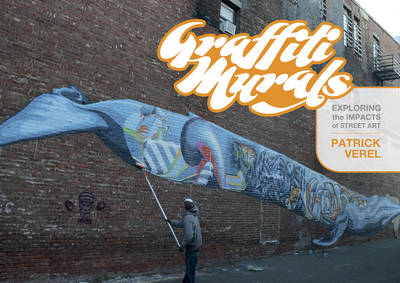 Exploring the Impacts of Street Art

Six case studies conducted in New York City, Trenton, and Jersey City, explore how graffiti murals are created and what role they play in a city where buffing illegal graffiti is a lucrative business. The author interviewed people affected on a daily basis by the murals at sites around the metropolitan area, as well as property owners who have allowed muralists to paint their property in hopes the graffiti murals would serve as a deterrent to vandalism-and provide a more aesthetically pleasing alternative to buffing. An analysis informed by cultural Marxism and supported by street photography suggests a radical departure from traditional New York City policy: instead of spending money exclusively on the elimination of illegal graffiti, resources should also be devoted to the creation of graffiti murals. In the end, graffiti removal teams and mural promoters are pursuing the same goal: making the city a more visually appealing place. AUTHOR: Patrick Verel was born in New York City and grew up in Norwalk, Connecticut. He graduated from Fairfield Preparatory School in 1992 and earned a B.S. in journalism from St. John's University in Queens, New York, in 1997. He wrote for the Stamford Advocate and the Augusta Chronicle newspapers, freelanced for publications such as The New York Times and amNewYork, and most recently, joined the news and media relations team at Fordham University. In 2009, he enrolled in Fordham's urban studies masters program, where he completed a thesis that was the basis for this book. He lives in Brooklyn with his wife Kelly and daughter Eliza. This book combines a few of his favorite things: taking pictures of street art, telling people's stories, and exploring obscure corners of New York City. 78 colour photographs

» Have you read this book? We'd like to know what you think about it - write a review about Graffiti Murals book by Patrick Verel and you'll earn 50c in Boomerang Bucks loyalty dollars (you must be a Boomerang Books Account Holder - it's free to sign up and there are great benefits!)

Patrick Verel is a veteran journalist with a BS in journalism from St. Johns University and an MA in urban studies from Fordham. An avid photographer with bylines in the Stamford Advocate, Augusta Chronicle, and New York Times, he lives in Brooklyn.