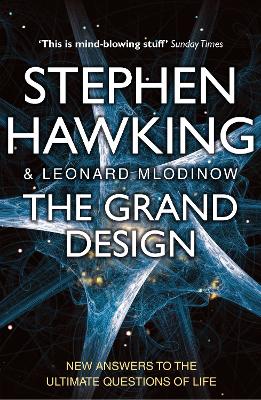 New answers to the ultimate questions of life from the world's most famous living scientist.

When and how did the universe begin? Why are we here? What is the nature of reality? Is the apparent 'grand design' of our universe evidence for a benevolent creator who set things in motion? Or does science offer another explanation? In The Grand Design, the most recent scientific thinking about the mysteries of the universe is presented in language marked by both brilliance and simplicity.The Grand Design explains the latest thoughts about model-dependent realism (the idea that there is no one version of reality), and about the multiverse concept of reality in which there are many universes. There are new ideas about the top-down theory of cosmology (the idea that there is no one history of the universe, but that every possible history exists). It concludes with a riveting assessment of m-theory, and discusses whether it is the unified theory Einstein spent a lifetime searching for.This is the first major work in nearly a decade by one of the world's greatest thinkers. A succinct, startling and lavishly illustrated guide to discoveries that are altering our understanding and threatening some of our most cherished belief systems, The Grand Design is a book that will inform - and provoke - like no other.

Other Editions - The Grand Design by Leonard Mlodinow 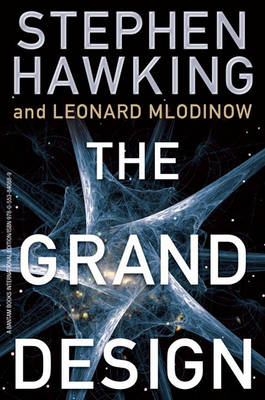 » Have you read this book? We'd like to know what you think about it - write a review about Grand Design book by Leonard Mlodinow and you'll earn 50c in Boomerang Bucks loyalty dollars (you must be a Boomerang Books Account Holder - it's free to sign up and there are great benefits!)

STEPHEN HAWKING held the position of Lucasian Professor of Mathematics at the University of Cambridge for thirty years. He is the author of A Brief History of Time which was an international bestseller. His other books for the general reader include A Briefer History of Time, the essay collection Black Holes and Baby Universe and The Universe in a Nutshell. Physicist LEONARD MLODINOW has taught at Cal Tech, written for Star Trek- The Next Generation, and is the author of Euclid's Window, Feynman's Rainbow and Some Time with Feynman.

A Preview for this title is currently not available.
More Books By Leonard Mlodinow
View All