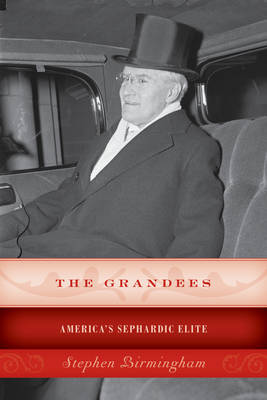 Description - The Grandees by Stephen Birmingham

Tracing their origins to medieval Portugal and Spain, the Sephardic Jews consider themselves 'the nobility of Jewry,' in contrast to their pushier and more aggressive German counterparts. They were also the first Jews to inhabit the new world-first exiled from Spain and Portugal, and then forced out of Brazil, a ship bearing 23 Sephardic Jews was blown off its course to Holland, beset by pirates, and then captured by a French captain before being ransomed for the 'payment of their freight' in the City of New Amsterdam. And so the American Sephardic Jewish story begins.

Here Stephen Birmingham tells the rich and varied history of this insular group of bewilderingly interrelated families, spiced with gossip and the gentle rattling of family skeletons. We find tales of fortunes made in the fur trade long before the Astors, revolutionary heroes and heroines, and poetic spinster Rebecca Gratz, thought to be Scott's model for Rebecca in Ivanhoe. Through it all emerges a picture of a proud haughty people, who have chosen to remain aloof from the later-arriving Jews from Europe, and have staunchly refused to be swept up in the movement of Reform Judaism, preferring to adhere to their Orthodox rituals. Stephen Birmingham weaves a vibrant tapestry of the Sephardic experience in America, working in threads of their history in medieval Europe as he depicts the lives of these extraordinary Americans.

Other Editions - The Grandees by Stephen Birmingham 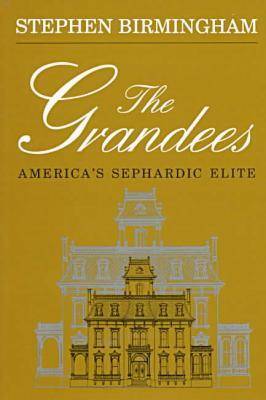 » Have you read this book? We'd like to know what you think about it - write a review about Grandees book by Stephen Birmingham and you'll earn 50c in Boomerang Bucks loyalty dollars (you must be a Boomerang Books Account Holder - it's free to sign up and there are great benefits!)