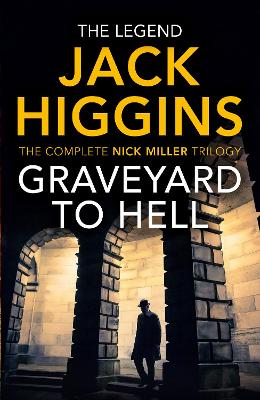 Nick Miller is Central Division's maverick Detective Sergeant. Disliked and distrusted by friends and foes, he works alone. He crosses the line. And he gets results. The Graveyard Shift...

Nick Miller is new to the graveyard shift - the midnight hours when the driven and the desperate come out to play. Tonight Ben Garvald is out of prison. After nine years inside, he's back in the old neighbourhood. Back to his remarried ex-wife. Back for revenge.

Then after a fatal night out, a girl's body is pulled from an isolated stretch of river. The last person to see her alive had enemies on both sides of the fence. Miller wants justice. But so does her father - with or without the law on his side.

And the Rainlover. Whose victims are always women. Always at night when the streets are wet. He could be any one of a thousand men. Hounded by the public and the press, Miller needs to find him before he strikes again. It's time to throw out the rule book in the line of duty.

Jack Higgins' gritty police saga set in the 1960s, first released as three short volumes and long out of print, is now reimagined as one gripping novel, packing a punch as only 'The Legend' of thriller fiction knows how. 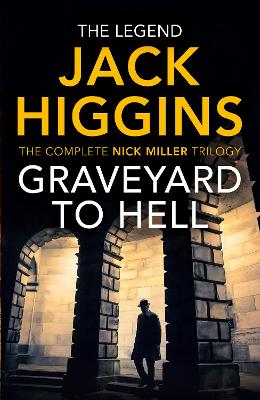 » Have you read this book? We'd like to know what you think about it - write a review about Graveyard to Hell (The Nick Miller Trilogy) book by Jack Higgins and you'll earn 50c in Boomerang Bucks loyalty dollars (you must be a Boomerang Books Account Holder - it's free to sign up and there are great benefits!)

A Preview for this title is currently not available.
More Books By Jack Higgins
View All