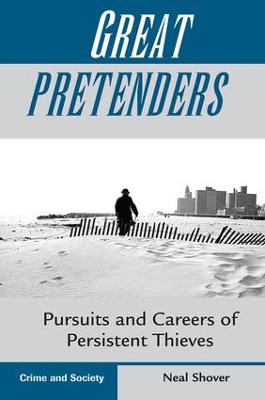 Pursuits And Careers Of Persistent Thieves

Persistent thieves, criminals who resume committing crimes of burglary, robbery, vehicle theft, and ordinary theft despite previous attempts to stop, are a main focal point of American criminology and criminal justice. Cast as career criminals," they are also one of the principal targets of the war on crime" that American governments have waged for more than two decades. Building on a theoretical interpretation of crime as choice, crime-control policies and programs justified by notions of deterrence and incapacitation have proliferated. America's urban police departments now have repeat offender units," and many of the new state sentencing codes mandate lengthy sentences for defendants with previous convictions. Great Pretenders is based on the author's original studies and previously published research and on more than fifty autobiographies of persistent thieves. Shover uses a crime-as-choice framework and a life-course perspective to make sense of important decisions and changes in the lives of persistent thieves. He shows how the working-class origins of most persistent thieves produce both low legitimate and low criminal aspirations, even as those origins leave them ill equipped to exploit comparatively safe, lucrative, and newer forms of criminal opportunity. In this book Shover describes how many persistent thieves and hustlers identify with crime and pursue a lifestyle of life as party in which their choices alternately are made in contexts of drug-using hedonism or desperation. Their estimates of the likely payoffs from crime are severely distorted, and most give little thought to possible arrest. As they get older, however, persistent thieves make qualitative changes in the crimes they commit, and many eventually stop committing crimes altogether. The author highlights some unintended consequences of harsh crime control measures and raises critical questions about the one-size-fits-all approach to crime of recent decades. 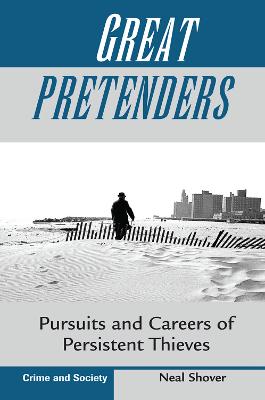 » Have you read this book? We'd like to know what you think about it - write a review about Great Pretenders book by Neal Shover and you'll earn 50c in Boomerang Bucks loyalty dollars (you must be a Boomerang Books Account Holder - it's free to sign up and there are great benefits!)

Neal Shover is a professor in the Department of Sociology at the University of Tennessee at Knoxville.

A Preview for this title is currently not available.
More Books By Neal Shover
View All