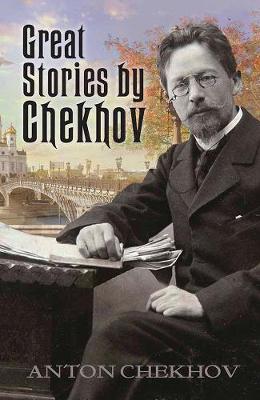 Regarded as the father of the short story as well as the first modern fiction writer, Anton Chekhov rejected conventional forms to examine the lives of ordinary people in prosaic situations. His impressionistic depictions of Russian life and the human condition resound with emotional honesty, focusing on character rather than plot and revealing subtle but important truths. Thomas Mann held Chekhov in highest esteem, declaring, 'His short stories rank with all that is greatest and best of European literature.' This compilation of seven tales attests to the timeless appeal of the Russian author's short fiction. Selections include 'Misery', an account of a sleigh-driver's attempts to communicate his overwhelming grief; 'A Father', a meditation on the conflict between rejecting a monstrous parent and giving him his respectful due; 'A Problem', which proposes that criminals cannot reform unless they pay for their misdeeds; and 'In Exile,' an examination of whether it is better to dream of happiness or to accept a living hell. Other tales include 'Ward No. 6', relating a conflict between an asylum inmate and the institution's director; 'My Life: The Story of a Provincial', in which a rebellious young bourgeois joins the working classes; and 'Peasants', an expose of the dehumanising effects of poverty. AUTHOR: Next to Shakespeare, Anton Chekhov (1860 1904) is the most popular playwright in the English-speaking world. The Russian physician also wrote a series of remarkable short stories, in which he pioneered the stream-of-consciousness narrative technique.

» Have you read this book? We'd like to know what you think about it - write a review about Great Stories By Chekhov book by Anton Chekhov and you'll earn 50c in Boomerang Bucks loyalty dollars (you must be a Boomerang Books Account Holder - it's free to sign up and there are great benefits!)

Next to Shakespeare, Anton Chekhov (1860-1904) is the most popular playwright in the English-speaking world. The Russian physician also wrote a series of remarkable short stories, in which he pioneered the stream-of-consciousness narrative technique.