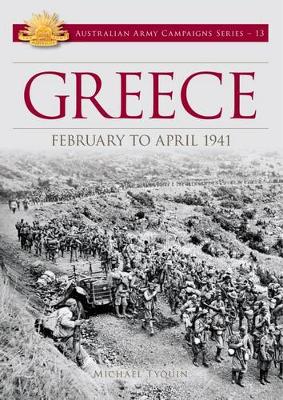 As with the failed attempt to seize the Gallipoli peninsula in 1915, the allied campaign to assist Greece against a seemingly invincible German juggernaut was poorly conceived and probably doomed even as plans were made to assist that country. Like any campaign, however, it holds lessons for the contemporary student of strategy, tactics and history.Greece presented singular geographic difficulties for the defending forces, its mountainous defiles dictating the distribution of ports, road and rail routes. The primitive state of the national infrastructure did little to help a long-term defensive posture. Operations in Greece proved to be a nightmare, particularly for logistics units, which struggled with primitive communication systems in rugged terrain over which the enemy enjoyed total air superiority.Poor liaison between the Greek and Commonwealth forces did not help matters, nor was the force deployed adequate for its task. The allies never enjoyed air superiority, nor could they consolidate any in-depth defence in time to be effective. The official British history of the campaign stated that the 'British campaign on the mainland of Greece was from start to finish a withdrawal'.Greece: February to April 1941 explores these complexities, and mistakes through the eyes of the Australian Army Medical Corps.

Other Editions - Greece by Michael Tyquin 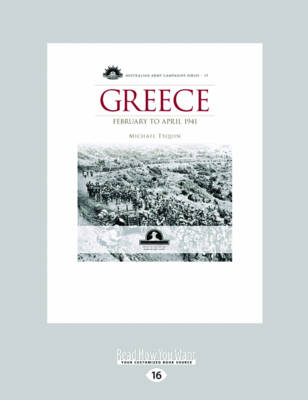 » Have you read this book? We'd like to know what you think about it - write a review about Greece book by Michael Tyquin and you'll earn 50c in Boomerang Bucks loyalty dollars (you must be a Boomerang Books Account Holder - it's free to sign up and there are great benefits!)

A Preview for this title is currently not available.
More Books By Michael Tyquin
View All