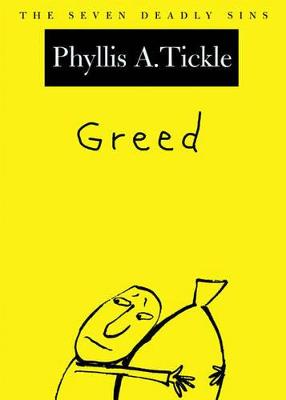 Grasping. Avarice. Covetousness. Miserliness. Insatiable cupidity. Overreaching ambition. Desire spun out of control. The deadly sin of Greed goes by many names, appears in many guises, and wreaks havoc on individuals and nations alike. In this lively and generous book, Phyllis A. Tickle argues that Greed is "the Matriarch of the Deadly Clan," the ultimate source of Pride, Envy, Sloth, Gluttony, Lust, and Anger. She shows that the major
faiths, from Hinduism and Taoism to Buddhism and Christianity regard Greed as the greatest calamity humans can indulge in, engendering further sins and eviscerating all virtues. As the Sikh holy book Adi
Granth asks: "Where there is greed, what love can there be?" Tickle takes a long view of Greed, from St. Paul to the present, focusing particularly on changing imaginative representations of Greed in Western literature and art. Looking at such works as the Psychomachia, or "Soul Battle" of the fifth-century poet Aurelius Clemens Prudentius, the paintings of Peter Bruegel and Hieronymous Bosch, the 1987 film Wall Street, and the contemporary Italian artist Mario
Donizetti, Tickle shows how our perceptions have evolved from the medieval understanding of Greed as a spiritual enemy to a nineteenth-century sociological construct to an early twentieth-century psychological deficiency, and finally
to a new view, powerfully articulated in Donizetti's mystical paintings, of Greed as both tragic and beautiful. Engaging, witty, brilliantly insightful, Greed explores the full range of this deadly sin's subtle, chameleon-like qualities, and the enormous destructive power it wields, evidenced all too clearly in the world today.

Other Editions - Greed by Phyllis Tickle 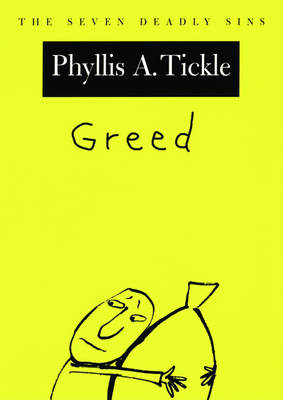 » Have you read this book? We'd like to know what you think about it - write a review about Greed book by Phyllis Tickle and you'll earn 50c in Boomerang Bucks loyalty dollars (you must be a Boomerang Books Account Holder - it's free to sign up and there are great benefits!)

Phyllis A. Tickle frequently appears on PBS's "Religion & Ethics News Weekly," The Hallmark Channel, and National Public Radio. She is the author of some two dozen books, including the forthcoming The Night Hours and the three-volume The Divine Hours, a set of manuals for observing fixed-hour prayer. One of the nation's leading experts and commentators on religion in America, Tickle was the religion editor for Publishers Weekly from 1991 to 1996 and a contributing editor until 2004. She lives in

A Preview for this title is currently not available.
More Books By Phyllis Tickle
View All