Recipes for living with the seasons

Rohan Anderson left his desk job in the city for the richer pleasures of living a simpler life on the land. Over the years he has developed his own principle of practical living. Practiculture is a lifestyle choice. It's about direct involvement in the day to day elements of living, and at the heart of it, the rewarding choice to grow, hunt and forage beautiful, healthy, sustainable food.

Grow Hunt Cook features 100 of Rohan's simple, rustic, seasonal recipes, as well as his observations, victories and failures, and the realities of living a practical life surrendered to the bounty (and hardships) of the land through the seasons.

» Have you read this book? We'd like to know what you think about it - write a review about Grow Hunt Cook book by Rohan Anderson and you'll earn 50c in Boomerang Bucks loyalty dollars (you must be a Boomerang Books Account Holder - it's free to sign up and there are great benefits!)

Rohan Anderson has been sharing his food journey on his blog, Whole Larder Love, for five years. The blog is a collection of honest stories and experiences that follow Rohan's journey to remove himself from a hectic modern lifestyle centred around processed foods. Rohan is an advocate of simple living, of living practically and within one's means. Tackling the deeper issues that our modern food system raises, Rohan's prose is humourous, at time poetic, and often controversial. Originally a country boy, Rohan spent many years living in Melbourne only to return to the bush to raise a family. He currently lives in the Central Highlands of Victoria with his partner Kate and their four girls, a few dogs and a heap of chickens. 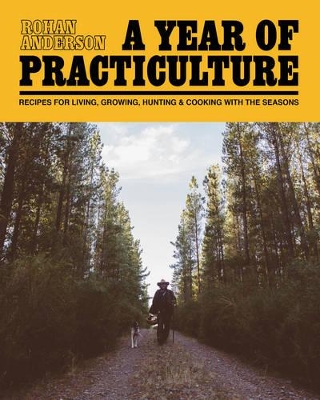