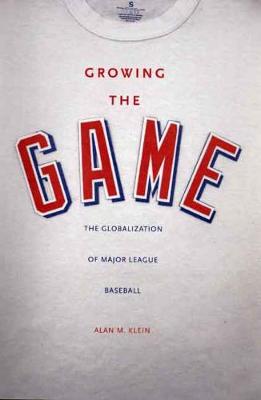 The Globalization of Major League Baseball

Baseball fans are well aware that the game has become increasingly international. Major league rosters include players from no fewer than fourteen countries, and more than one-fourth of all players are foreign born. Here, Alan Klein offers the first full-length study of a sport in the process of globalizing. Looking at the international activities of big-market and small-market baseball teams, as well as the Commissioner's Office, he examines the ways in which Major League Baseball operates on a world stage that reaches from the Dominican Republic to South Africa to Japan.
The origins of baseball's efforts to globalize are complex, stemming as much from decreasing opportunities at home as from promise abroad. The book chronicles attempts to develop the game outside the United States, the strategies that teams such as the Los Angeles Dodgers and the Kansas City Royals have devised to recruit international talent, and the ways baseball has been growing in other countries. The author concludes with an assessment of the obstacles that may inhibit or promote baseball's progress toward globalization, offering thoughtful proposals to ensure the health and growth of the game in the United States and abroad.]]>

» Have you read this book? We'd like to know what you think about it - write a review about Growing the Game book by Alan M. Klein and you'll earn 50c in Boomerang Bucks loyalty dollars (you must be a Boomerang Books Account Holder - it's free to sign up and there are great benefits!)

Alan M. Klein is professor of sociology and anthropology, Northeastern University. He is author of Sugarball: The American Game, The Dominican Dream, published by Yale University Press; and Baseball on the Border: A Tale of Two Laredos. He lives in Boston.

A Preview for this title is currently not available.
More Books By Alan M. Klein
View All