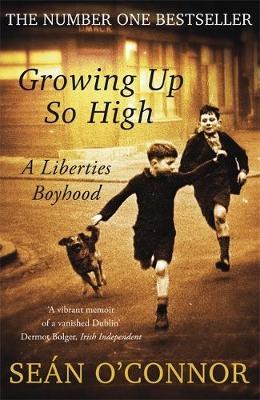 Growing Up So High

Description - Growing Up So High by Sean O'Connor

Se n O'Connor was born in Francis Street, in the Liberties of Dublin, a neighbourhood famous over the centuries for the sturdy independence of its people.Now, in this evocative and affectionate book, he recollects the unique and colourful district of his childhood: the neighbours who lived there, their traditions, talk and lore, the music and poetry of the laneways and markets.Remembrances of the 1940s classroom, of bird-watching in Phoenix Park, of roaming towards adolescence in the streets of his ancestors are mingled with tales of ancient ghosts and the coming of change to the Liberties.O'Connor, father of the novelist Joseph, tells his story with honesty, warmth and style, and the often wry wit of his home-place. This tenderly written testament of one Liberties boy builds into a vivid and heart-warming picture of his own extended family as part of a proud community and its all-but-vanished way of life.

Other Editions - Growing Up So High by Sean O'Connor 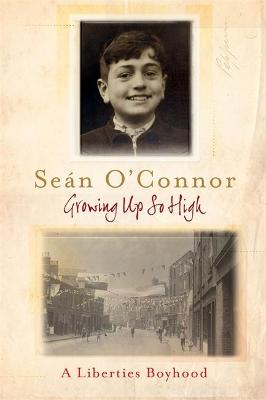 Book Reviews - Growing Up So High by Sean O'Connor

» Have you read this book? We'd like to know what you think about it - write a review about Growing Up So High book by Sean O'Connor and you'll earn 50c in Boomerang Bucks loyalty dollars (you must be a Boomerang Books Account Holder - it's free to sign up and there are great benefits!)

Sean O'Connor was born in 1938 in Francis Street in the famed Liberties of Dublin. He is the seventh of 13 children in a family whose roots in the Liberties extend to 1750. He left school at age thirteen to go to work, and eventually became a Chartered Engineer, holder of a Master's Degree in Science (Trinity College), a Fellow of the Institution of Engineers of Ireland and a Member of the Irish Bar, winning major prizes for Engineering Design on the way. He is married to Viola, lives in Dublin and is the father of five children: novelist Joseph, art-historian Eimear, singer-songwriter Sinead, psychotherapist John and music industry publicist Eoin. Growing up so High is Sean's first book.

A Preview for this title is currently not available.
More Books By Sean O'Connor
View All