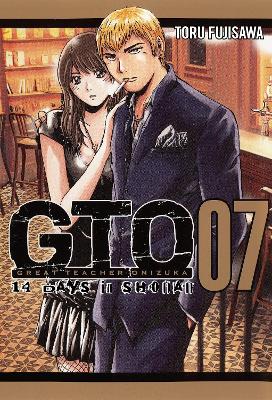 "Eikichi Onizuka is a 23-year-old ex-gang member. He is also the World's Greatest Teacher! As he began his quest to become the ultimate educator The young Onizuka discovers two principles of teaching - a social conscience and a sense of morality. So while he cannot use his strength on his kids his street smarts allow him to garner respect across the student body. As a homeroom teacher Onizuka focuses mainly on teaching life lessons, unfortunately his methods have created a stir among the PTA. To change the educational system as a whole, he embarks on a mission whereas he will individually mentor each student one-by-one, allowing each student to overcome their problems, whether they come from the classroom or from their home living rooms. After a tiring and eventful school year Onizuka takes a break from the classroom and for his school break he decides escape the pressures of work by heading back home to the lazy surfers village of Shonan. Back in his hometown, he runs into friend of his significant other who runs an orphanage called the White Swan Youth Home. An orphan himself, Onizuka decides to help the home with hopes to help the kids in the same manner he does at school.

» Have you read this book? We'd like to know what you think about it - write a review about Gto: 14 Days In Shonan Vol. 7 book by Tohru Fujisawa and you'll earn 50c in Boomerang Bucks loyalty dollars (you must be a Boomerang Books Account Holder - it's free to sign up and there are great benefits!)

Born in 1967, Tohru Fujisawa is a veteran Japanese comic artist and multimillion unit seller. Best known globally for his international sensation Great Teacher Onizuka (GTO), Fujisawa was the 22nd Kodansha Comic Award Winner in 1998 for his work on the hit series. The GTO property would go on to inspire two animated TV series and an internationally distributed live action TV series by the same name. Since GTO Fujisawa has gone on to pen thirteen more comic series, with four of those properties landing on American shores. Fujisawa continues to be one of the most beloved manga artists of this generation.

A Preview for this title is currently not available.
More Books By Tohru Fujisawa
View All