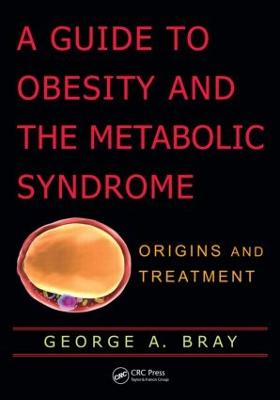 A Guide to Obesity and the Metabolic Syndrome

Description - A Guide to Obesity and the Metabolic Syndrome by George A. Bray

In the historical record there is abundant evidence that obesity was a medical and health concern as long as medicine has been practiced. The idea of diet and exercise are bulwarks in the fight against obesity in history from the time of Hippocrates to the 16th century--a span of 2,000 years. However, our scientific understanding of this problem is only a little over 200 years old. An examination of the root cause of what many consider the obesity epidemic, A Guide to Obesity and the Metabolic Syndrome traces the origins and types of obesity and its treatment. Examining in detail the developing treatment for obesity, this book provides: A history of obesity, including treatment, proposed causes, and perceptions An examination of the causes and problems associated with obesity A discussion of lifestyle, diet, exercise, and treatment strategies A detailed look at the medications and surgeries available for obesity The fact that we have an epidemic of obesity today that is covering the globe suggests that the strategically simple ideas of eating less and exercising more, ideas that require commitment and personal involvement by the individual, have not been very successful.
As we move forward in trying to understand this problem, we need to be alert to strategies and tactics that may not require individual motivation and commitment--history has shown that they do not work well. This book supplies guidance on developing and designing novel strategic interventions against obesity and metabolic disorders.

Buy A Guide to Obesity and the Metabolic Syndrome by George A. Bray from Australia's Online Independent Bookstore, Boomerang Books.

Other Editions - A Guide to Obesity and the Metabolic Syndrome by George A. Bray 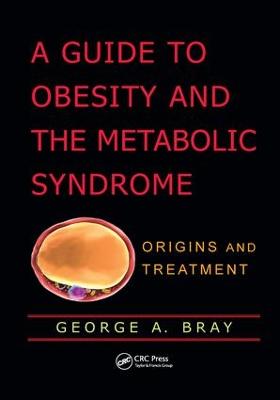 Book Reviews - A Guide to Obesity and the Metabolic Syndrome by George A. Bray

» Have you read this book? We'd like to know what you think about it - write a review about Guide to Obesity and the Metabolic Syndrome book by George A. Bray and you'll earn 50c in Boomerang Bucks loyalty dollars (you must be a Boomerang Books Account Holder - it's free to sign up and there are great benefits!)

George A. Bray, M.D., MACP, MACE is a Boyd Professor at the Pennington Biomedical Research Center of Louisiana State University in Baton Rouge, Louisiana, and Professor of Medicine at the Louisiana State University Medical Center in New Orleans. He was the first Executive Director of the Pennington Biomedical Research Center in Baton Rouge, a post he held from 1989 to 1999. He is a Master in both the American College of Physicians and the American College of Endocrinology. Dr. Bray founded the North American Association for the Study of Obesity (NAASO now The Obesity Society), and he was the founding editor of its journal, Obesity Research, as well as co-founder of the International Journal of Obesity and the first editor of Endocrine Practice, the official journal of the American College of Endocrinologists. Dr. Bray has received many awards during his medical career. They have included the Johns Hopkins Society of Scholars, Honorary Fellow, American Dietetic Association, Joseph Goldberger Award from the American Medical Association, the McCollum Award from the American Society of Clinical Nutrition and the Osborne-Mendel Award from the American Society of Nutritional. Dr. Bray has also received the TOPS Award from NAASO, the Weight Watchers Award, the Bristol-Myers Squibb Mead Johnson Award in Nutrition and the Stunkard Lifetime Achievement Award. During the past 40 years, Dr. Bray has authored or coauthored more than 1,700 publications, ranging from peer-reviewed articles to reviews, books, book chapters and abstracts.

A Preview for this title is currently not available.
More Books By George A. Bray
View All