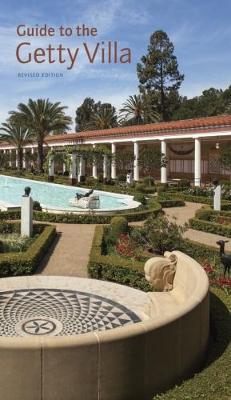 Description - Guide to the Getty Villa Revised Edition by . Getty

This revised and updated edition of the Guide to the Getty Villa is published in conjunction with the reinstallation of the Villa collection galleries. It offers an engaging introduction to the Villa's history as well as an up-to-date look at its gardens, historical rooms, and galleries.

It begins with the history of the site, recounting how, as J. Paul Getty's art collection grew, he decided to house it in a replica of the ancient Roman villa at Herculaneum now known as the Villa dei Papiri. The second chapter chronicles the destruction of Herculaneum in 79 CE during the eruption of Mount Vesuvius, the Villa dei Papiri's rediscovery in the eighteenth century, and more recent archaeological discoveries at the site. The third chapter leads readers on a tour of the Getty Villa, from the cobblestone "Roman road" through the outdoor theater, atrium, peristyles, and gardens; it includes detailed descriptions of special rooms such as the Basilica, the Room of Colored Marbles, the Temple of Herakles, and the Tablinum. The final chapter recounts how Getty began collecting art in the late 1930s, how the collection grew in the decades before and after his death in 1974, and how the displays at the Villa have evolved along with the collection, culminating in the chronological arrangement to be completed in early 2018.

This edition includes a new director's foreword as well as a revised and refreshed main text, including an entirely new chapter. It also includes updated illustrations throughout the book and updated floor plans of the newly reinstalled Villa.

» Have you read this book? We'd like to know what you think about it - write a review about Guide to the Getty Villa Revised Edition book by . Getty and you'll earn 50c in Boomerang Bucks loyalty dollars (you must be a Boomerang Books Account Holder - it's free to sign up and there are great benefits!)


A Preview for this title is currently not available.
More Books By . Getty
View All

How to They/Them: A Visual Guide to Nonbinary Pronouns and the World of Gender Fluidity
$41.77 $46.41