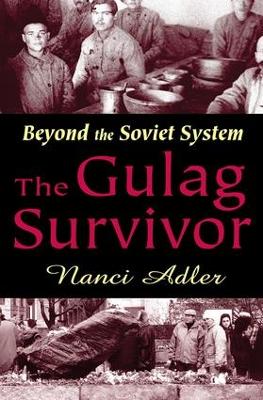 Beyond the Soviet System New edition

Even before its dissolution in 1991, the Soviet Union was engaged in an ambivalent struggle to come to terms with its violent and repressive history. Following the death of Stalin in 1953, entrenched officials attempted to distance themselves from the late dictator without questioning the underlying legitimacy of the Soviet system. At the same time, Gulag victims initiated questions about the nature, reality, and mentality of the system that remain contentious to this day. The Gulag Survivor, now available in paperback, is the first book to examine at length and in-depth the post-camp experience of Stalin's victims and their fate in post-Soviet Russia. It is an essential companion to the classic work of Aleksandr Solzhenitsyn. Based on extensive interviews, memoirs, official records, and recently opened archives, The Gulag Survivor describes what survivors experienced when they returned to society, how officials helped or hindered them, and how issues surrounding their existence evolved from the 1950s to the present. It is an essential work in modern Russian history and is mandatory reading for historians, political scientists, Slavic scholars, and sociologists.

Other Editions - The Gulag Survivor by Nanci Adler » Have you read this book? We'd like to know what you think about it - write a review about Gulag Survivor book by Nanci Adler and you'll earn 50c in Boomerang Bucks loyalty dollars (you must be a Boomerang Books Account Holder - it's free to sign up and there are great benefits!)

Nanci Adler is an associate professor at the Center for Holocaust and Genocide Studies of the Royal Netherlands Academy of Arts and Sciences and the University of Amsterdam. She is a member of the editorial board of the Memory and Narrative series, and the author of Victims of Soviet Terror: The Story of the Memorial Movement as well as numerous scholarly journal articles on the consequences of Stalinism.

A Preview for this title is currently not available.
More Books By Nanci Adler
View All

Narratives of War: Remembering and Chronicling Battle in Twentieth-Century Europe
$249.48 $252.00