In August 1990, Saddam Hussein's Iraqi forces boldly invaded and occupied neighboring Kuwait. It was a move that shocked the world and threatened the interests of those countries, such as the USA and the nations of Europe, dependent on oil from the Middle East. The ensuing Gulf War signaled, for many, a new dawn in warfare: one based upon lethal technology, low casualties, and quick decisive victory.

Incorporating the latest scholarship, William Thomas Allison provides a concise overview of the origins, key events and legacy of the first Gulf War, as well as the major issues and debates. Allison also examines the relevance of this war to other twentieth-century conflicts and the ongoing situation in the region.

Other Editions - The Gulf War, 1990-91 by William Thomas Allison 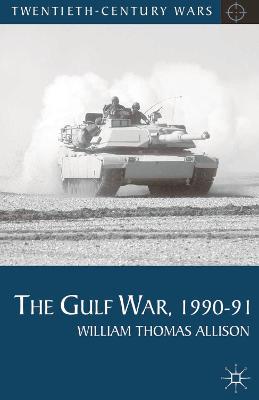 » Have you read this book? We'd like to know what you think about it - write a review about Gulf War, 1990-91 book by William Thomas Allison and you'll earn 50c in Boomerang Bucks loyalty dollars (you must be a Boomerang Books Account Holder - it's free to sign up and there are great benefits!)

A Preview for this title is currently not available.
More Books By William Thomas Allison
View All