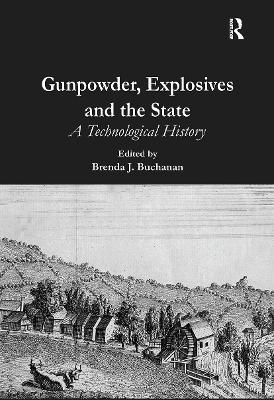 Gunpowder, Explosives and the State

Description - Gunpowder, Explosives and the State by Brenda J. Buchanan

Gunpowder studies are still in their infancy despite the long-standing civil and military importance of this explosive since its discovery in China in the mid-ninth century AD. In this second volume by contributors who meet regularly at symposia of the International Committee for the History of Technology (ICOHTEC), the research is again rooted in the investigation of the technology of explosives manufacture, but the fact that the chapters range in scope from the Old World to the New, from sources of raw materials in south-east Asia to the complications of manufacture in the West, shows that the story is more than the simple one of how an intriguing product was made. This volume is the first to develop the implications of the subject, not just in the sense of relating it to changing military technologies, but in that of seeing the securing of gunpowder supplies as fundamental to the power of the state and imperial pretensions.The search for saltpetre, for example, an essential ingredient of gunpowder, became a powerful engine of sea-going European trade from the early seventeenth century. Smaller states like Venice were unable to form these distant connections, and so to sustain a gunpowder army. Stronger states like France and Britain were able to do so, and became even more powerful as the demand for improved explosives fostered national strengths - leading to a development of the sciences, especially chemistry, in the former case, and of manufacturing techniques in the latter.

» Have you read this book? We'd like to know what you think about it - write a review about Gunpowder, Explosives and the State book by Brenda J. Buchanan and you'll earn 50c in Boomerang Bucks loyalty dollars (you must be a Boomerang Books Account Holder - it's free to sign up and there are great benefits!)

A Preview for this title is currently not available.
More Books By Brenda J. Buchanan
View All