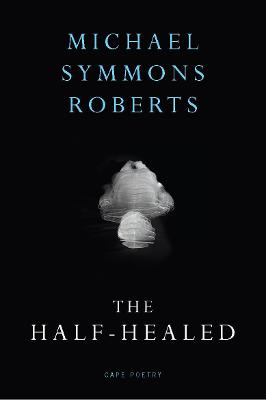 Description - The Half Healed by Michael Symmons Roberts

His first collection since the Whitbread-winning Corpus

The poems in Michael Symmons Roberts's fifth collection move in a world riven by violence and betrayal, between nations and individuals. As ever, this is a metaphysical poetry rooted in physical detail - but the bodies here are displaced, disguised, in need of rescue. A man in a fox suit prowls the woods afraid of meeting true foxes, while a vixen dressed as a man moves among the powerful at society soirees. God no longer 'walks in his garden in the cool of the day', but drives through a damaged city in the small hours. At the same time a couple celebrate armistice with an act of love in an anonymous hotel room.As the judges of the Whitbread Prize noted, Roberts' poetry 'inspires profound meditation on the nature of the soul, the body, the stars and the heart - and sparks revelation.' Roberts is a poet of unusual range and dexterity, fascinated by faith and science, by the physical and the transcendental, and with this new book he confirms his position as a truly original, and thrillingly gifted, lyric poet.

Book Reviews - The Half Healed by Michael Symmons Roberts

» Have you read this book? We'd like to know what you think about it - write a review about Half Healed book by Michael Symmons Roberts and you'll earn 50c in Boomerang Bucks loyalty dollars (you must be a Boomerang Books Account Holder - it's free to sign up and there are great benefits!)

Michael Symmons Roberts has published four collections of poetry, including Corpus, which won the 2004 Whitbread Poetry Award and was short-listed for the Forward, T.S. Eliot and Griffin International Prizes. He has also published two novels, Patrick's Alphabet (2006) and Breath (2008). He is a frequent collaborator with the composer James MacMillan and is also an award-winning radio writer and documentary film-maker.