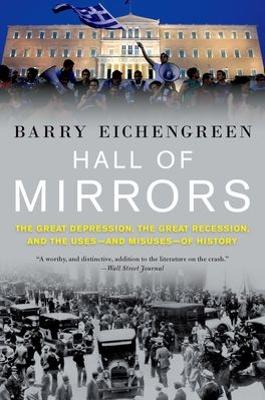 The Great Depression, the Great Recession, and the Uses-and Misuses-of History

The two great financial crises of the past century are the Great Depression of the 1930s and the Great Recession, which began in 2008. Both occurred against the backdrop of sharp credit booms, dubious banking practices, and a fragile and unstable global financial system. When markets went into cardiac arrest in 2008, policymakers invoked the lessons of the Great Depression in attempting to avert the worst. While their response prevented a financial collapse and
catastrophic depression like that of the 1930s, unemployment in the U.S. and Europe still rose to excruciating high levels. Pain and suffering were widespread. The question, given
this, is why didn't policymakers do better? Hall of Mirrors, Barry Eichengreen's monumental twinned history of the two crises, provides the farthest-reaching answer to this question to date. Alternating back and forth between the two crises and between North America and Europe, Eichengreen shows how fear of another Depression following the collapse of Lehman Brothers shaped policy responses on both continents, with both positive and negative results. Since bank failures were a
prominent feature of the Great Depression, policymakers moved quickly to strengthen troubled banks. But because derivatives markets were not important in the 1930s, they missed problems in the so-called shadow banking
system. Having done too little to support spending in the 1930s, governments also ramped up public spending this time around. But the response was indiscriminate and quickly came back to haunt overly indebted governments, particularly in Southern Europe. Moreover, because politicians overpromised, and because their measures failed to stave off a major recession, a backlash quickly developed against activist governments and central banks. Policymakers then prematurely succumbed to the temptation
to return to normal policies before normal conditions had returned. The result has been a grindingly slow recovery in the United States and endless recession in Europe.Hall of
Mirrors is both a major work of economic history and an essential exploration of how we avoided making only some of the same mistakes twice. It shows not just how the "lessons" of Great Depression history continue to shape society's response to contemporary economic problems, but also how the experience of the Great Recession will permanently change how we think about the Great Depression.

Other Editions - Hall of Mirrors by Barry Eichengreen 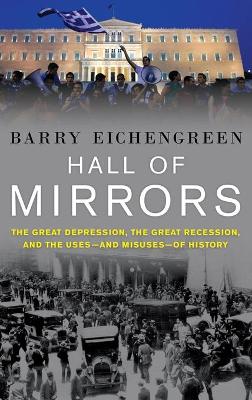 » Have you read this book? We'd like to know what you think about it - write a review about Hall of Mirrors book by Barry Eichengreen and you'll earn 50c in Boomerang Bucks loyalty dollars (you must be a Boomerang Books Account Holder - it's free to sign up and there are great benefits!)

Barry Eichengreen is Professor of Economics and Political Science at the University of California, Berkeley. His previous books include Hall of Mirrors: The Great Depression, The Great Recession, and the Uses-and Misuses-of History, Exorbitant Privilege: The Rise and Fall of the Dollar and the Future of the International Monetary System and Golden Fetters: The Gold Standard and the Great Depression, 1919-1939.