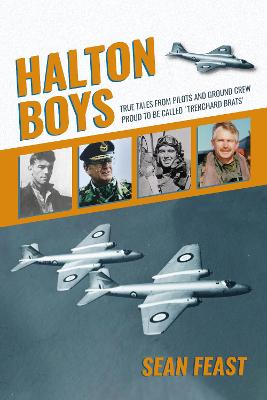 The RAF Halton Apprenticeship Scheme has a deserved reputation for excellence. The brainchild of MRAF Hugh Trenchard, the founder of the Royal Air Force, it took the 'traditional' idea of an apprenticeship and interpreted it in a novel way. It allowed teenage boys from any social background or geography to learn a technical trade that would equip them for their future lives, within and beyond the RAF. It also gave the best an opportunity to become pilots and break into the once public-school-dominated officer class. Of the 50,000 boys trained as apprentices, seventeen won the Sword of Honour at Cranwell, and more than 1,200 were commissioned with 110 achieving Air Rank. Eighteen have been knighted, with well over 1,000 others being honoured at various levels of state. More than a hundred Halton Boys served as pilots in the Battle of Britain (and many more as airframe/engine fitters and armourers), including the mercurial Don Finlay, the former Olympic hurdler. Others like Gerry Blacklock and Pat Connolly flew bombers on perilous missions over Western Europe or took part in the famous 'Dams' Raid. Then there were the three men murdered for their part in the Great Escape, and those who battled and survived years as prisoners of the Japanese in the Far East. In the jet era, ex-apprentice Graham Hulse became an 'ace' in Korea, serving with an American fighter squadron, and Mike Hines went on to become OC 617 Squadron after having first flown operations during the Suez crisis. Others like Charles Owen became a pioneer commercial jet pilot, and Peter Goodwin had the misfortune of being captured in the first Gulf War and used as a human shield. Some forged successful careers beyond the RAF, like Lawrie Haynes, who was on the main board at Rolls-Royce and is now chairman of the Board of Trustees of the Royal Air Force Benevolent Fund, and Eugene Borysuik - one of the many Polish apprentices trained at Halton, who enjoyed a successful career at GEC. And there were many others beyond air and ground crew including policemen, government officials and even bishops whose careers started with the Halton family. This is the story of Halton told through and by the boys who were there and who are still proud to be called 'Trenchard Brats'. AUTHOR: Sean Feast has worked as a journalist and PR professional for more than thirty-five years and is a director of Gravity Global, an award-winning international communications agency. Sean is a well-respected aviation historian whose past titles for Grub Street include Churchill's Navigator (with John Mitchell), Heroic Endeavour, Master Bombers, A Pathfinder's War, The Pathfinder Companion, The Last of the 39-ers and An Alien Sky (with Andy Wiseman). Married to Elaine and with two grown-up sons, Matthew and James, he lives in Sarratt, Hertfordshire.

» Have you read this book? We'd like to know what you think about it - write a review about Halton Boys: True Tales from Pilots and Ground Crew Proud to be called 'Trenchard Brats' book by Sean Feast and you'll earn 50c in Boomerang Bucks loyalty dollars (you must be a Boomerang Books Account Holder - it's free to sign up and there are great benefits!)


A Preview for this title is currently not available.
More Books By Sean Feast
View All