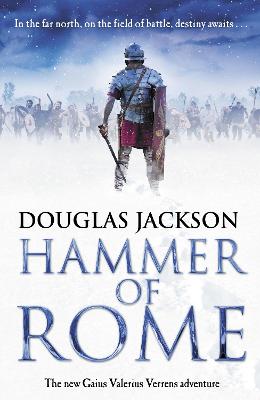 AD 80 Gaius Valerius Verrens is back where he belongs, at the head of a legion. But this is no ordinary legion. His command is the 'unlucky' Ninth, tainted by four decades of ill fortune and poor leadership. A unit regarded as expendable by Valerius's superior, Gnaeus Julius Agricola, governor of Britannia.Yet all that can be swept aside by a single moment of glory, and the long heralded invasion of the north of the province provides the perfect opportunity. Valerius leads his men to a devastating victory against the recalcitrant Brigantes, infuriating Agricola in the process. Soon, even greater honours beckon with the death of Emperor Vespasian and the succession of Valerius's friend, Titus.But, back in Rome, the new emperor faces his own challenges, not least from his own brother, Domitian, a man with an insatiable ambition for power and a deadly hatred of Valerius.All Valerius can do is forget the great prizes on offer, concentrate on defeating the savage tribes who lie in the path of the Ninth, and ignore Agricola's intrigues.But watching his every move is the most formidable enemy he has ever faced- mighty Calgacus, war chief of the Northern alliance.

Other Editions - Hammer of Rome by Douglas Jackson 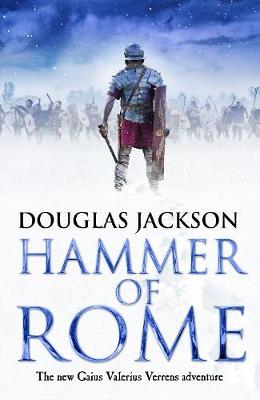 » Have you read this book? We'd like to know what you think about it - write a review about Hammer of Rome book by Douglas Jackson and you'll earn 50c in Boomerang Bucks loyalty dollars (you must be a Boomerang Books Account Holder - it's free to sign up and there are great benefits!)

Role of Constructs in Psychological and Educational Measurement
$226.80 $252.00