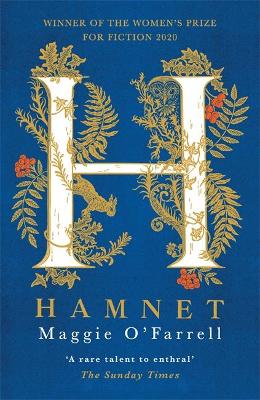 'Miraculous' Observer 'A bold undertaking, beautifully imagined and written' Claire TomalinTWO EXTRAORDINARY PEOPLE. A LOVE THAT DRAWS THEM TOGETHER. A LOSS THAT THREATENS TO TEAR THEM APART.On a summer's day in 1596, a young girl in Stratford-upon-Avon takes to her bed with a fever. Her twin brother, Hamnet, searches everywhere for help. Why is nobody at home? Their mother, Agnes, is over a mile away, in the garden where she grows medicinal herbs. Their father is working in London. Neither parent knows that one of the children will not survive the week.HAMNET is a novel inspired by the son of a famous playwright. It is a story of the bond between twins, and of a marriage pushed to the brink by grief. It is also the story of a kestrel and its mistress; flea that boards a ship in Alexandria; and a glovemaker's son who flouts convention in pursuit of the woman he loves. Above all, it is a tender and unforgettable reimagining of a boy whose life has been all but forgotten, but whose name was given to one of the most celebrated plays ever written.

Other Editions - Hamnet by Maggie O'Farrell 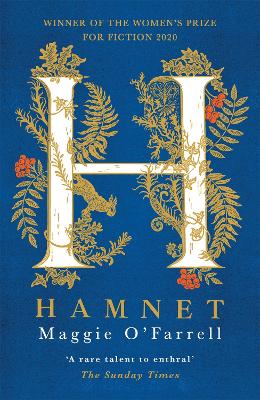 » Have you read this book? We'd like to know what you think about it - write a review about Hamnet book by Maggie O'Farrell and you'll earn 50c in Boomerang Bucks loyalty dollars (you must be a Boomerang Books Account Holder - it's free to sign up and there are great benefits!)

5 stars Hamnet is the eighth novel by award-winning British author, Maggie O’Farrell. In the summer of 1596, an eleven-year-old boy, the grandson of a Stratford-upon-Avon glovemaker, tries desperately to get medical attention for his twin sister, suddenly struck down with a fever. His mother, skilled with herbs, would know what to do, but she is a mile away tending to her swarming bees. His father is in London, and the physician is on a call. Hamnet is afraid for his beloved twin.

This is a story told from multiple perspectives, and while it pivots around the event of Hamnet’s death, it is more the story of his mother, Agnes than anyone else. The split-time narrative alternates between that summer day in 1596 when Hamnet’s sister Judith falls ill, and the significant events in the years leading up to, and following that tragic death.

The reader may draw a natural conclusion about the identity of the sixteenth-century Stratford man with ink-stained fingers, but O’Farrell never names him; instead, depending on the perspective of the narrative he might be referred to as the glovemaker’s son, the brother, the Latin tutor, the husband, the brother-in-law, the father, the uncle.

History it may be, but this is no dry tome: O’Farrell takes the scant known facts of the playwright’s family life and, with gorgeous prose, richly fills them in, making the historical figures real, warm, living people with feelings and emotions and desires, characters in whom it is easy to invest, with whom it is impossible not to empathise. Only the eyes of the hardest-hearted will not be brimming with tears.

O’Farrell is such a talented author; her characters are so well formed, her scene so skilfully set that sixteenth Century Stratford-upon-Avon comes alive, is vivid in the reader’s mind. Her extensive research is apparent on every page, but the historical tidbits are seamlessly woven into the story so that the reader is barely aware of how much they are learning. Utterly enthralling, this is yet another dose of Maggie O’Farrell brilliance.