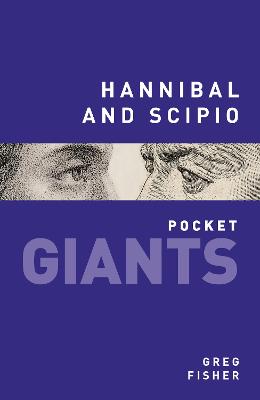 A concise, accessible, engaging biography of two implacable adversaries In 218, Hannibal Barca, desperate to avenge the defeat of Carthage in the First Punic War, launched an ambitious ground invasion of Italy. With just a small force, he crossed the Alps a feat reckoned to be impossible and pitted his polyglot army against Rome's elite citizen infantry. At Cannae, in 216, Hannibal destroyed an 80,000-strong Roman force in one afternoon, delivering a blow unequalled in Roman history for half a millennium to come. The Romans had no answer to Hannibal until the young Scipio volunteered to take over Rome's armies in Spain, which were close to defeat, and left leaderless by the death of Scipio's own father and uncle. In the decade which followed, Scipio turned Rome's desperate fortunes into a stunning victory over Carthage. The portrait of Hannibal and Scipio takes the reader through one of the greatest military campaigns in history, driven by two remarkable and fascinating men. AUTHOR: Greg Fisher holds a DPhil from Oxford (2008) and is Associate Professor in the Department of History and College of the Humanities at Carleton University, Ottawa. He specialises in late antique and near eastern history and is the author of Between Empires. Arabs, Romans, and Sasanians in Late Antiquity (Oxford, 2011) as well as numerous journal articles. He teaches Greek and Roman history and has been teaching the history of the Second Punic War at Carleton for five years. SELLING POINTS: . Set against the highly dramatic setting of the Second Punic War . Two of the most important figures in the ancient world . A duo of PocketGIANTS battle it out in one neat volume . In the end, was Scipio 'greater' than Hannibal?

» Have you read this book? We'd like to know what you think about it - write a review about Hannibal and Scipio: pocket GIANTS book by Greg Fisher and you'll earn 50c in Boomerang Bucks loyalty dollars (you must be a Boomerang Books Account Holder - it's free to sign up and there are great benefits!)

Greg Fisher is Associate Professor in the Department of History and College of the Humanities at Carleton University, Ottawa. He is the author of "Between Empires: Arabs, Romans, and Sasanians in Late Antiquity."

A Preview for this title is currently not available.
More Books By Greg Fisher
View All