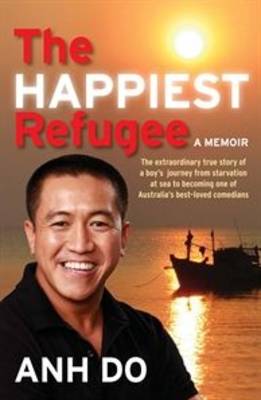 Description - The Happiest Refugee by Anh Do

Anh Do nearly didn't make it to Australia. His entire family came close to losing their lives on the sea as they escaped from war-torn Vietnam in an overcrowded boat. But nothing - not murderous pirates, nor the imminent threat of death by hunger, disease or dehydration as they drifted for days - could quench their desire to make a better life in a country where freedom existed.

Life in Australia was hard, an endless succession of back-breaking work, crowded rooms, ruthless landlords and make-do everything. But there was a loving extended family, and always friends and play and something to laugh about for Anh, his brother Khoa and their sister Tram. Things got harder when their father left home when Anh was thirteen - they felt his loss very deeply and their mother struggled to support the family on her own. His mother's sacrifice was an inspiration to Anh and he worked hard during his teenage years to help her make ends meet, also managing to graduate high school and then university.

Another inspiration was the comedian Anh met when he was about to sign on for a 60-hour a week corporate job. Anh asked how many hours he worked. 'Four,' the answer came back, and that was it. He was going to be a comedian!

The Happiest Refugee tells the incredible, uplifting and inspiring life story of one of our favourite personalities. Tragedy, humour, heartache and unswerving determination - a big life with big dreams. Anh's story will move and amuse all who read it.


Other Editions - The Happiest Refugee by Anh Do 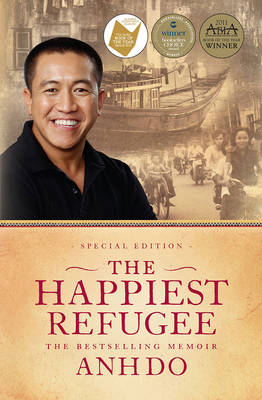 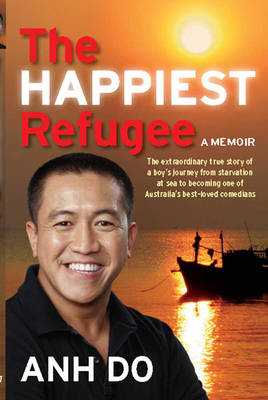 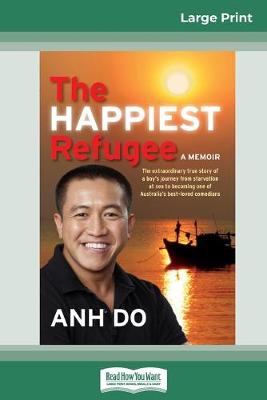 View all editions of The Happiest Refugee by Anh Do

Book Reviews - The Happiest Refugee by Anh Do

» Have you read this book? We'd like to know what you think about it - write a review about Happiest Refugee book by Anh Do and you'll earn 50c in Boomerang Bucks loyalty dollars (you must be a Boomerang Books Account Holder - it's free to sign up and there are great benefits!)

With humour, warmth and spirit, Anh Do shares his journey from a refugee boat fleeing Vietnam to a successful and well known comedian in Australia. The Happiest Refugee won multiple Australian book awards in 2011 and captured the heart of the nation. When Anh was a small child, his family gambled everything in their desire to escape the crippling poverty in Vietnam on a barely seaworthy boat crowded with 40 others. Twice attacked by pirates and on the verge of starvation and dehydration, he and his family were rescued from the middle of the ocean, and via Malaysia, were granted refugee status in Australia. Ahn's family were delighted with their new country, grateful for its kindness and undreamed of opportunities. In a series of anecdotes that are both funny and sad, Anh shares his family's triumphs and failures as they make Australia their home. It is impossible not to admire their willingness to work hard, their love for family and respect for education. Today, the issue of 'boat people' is a political hot potato in Australia, Anh's story puts a face on those nameless desperate souls who risk everything to cross the vast ocean. I was surprised to discover the Anh qualified as a lawyer before taking a chance on a career in comedy, though it is startlingly common amongst male comedians in this country (i.e. Charlie Pickering, Shaun Micallef. Tony Wilson, Steve Vizard). This memoir supports Anh's image as a decent, down to earth man who adores his family and believes in being his best, for himself and others.

The Happiest Refuge is an extraordinary story of hope, resilience and triumph in an ordinary man's life. I was thoroughly entertained, fought back a tear or two and sighed happily as I turned the final page, though Anh has a lot of life yet to live.

If you thought Anh Do was just a really funny comic, you’d be wrong. He’s also an award-winning writer, having recently won the Indie Award for the memoir of his eventful life story, The Happiest Refugee.

Detailing his family’s perilous journey to Australia when Do was just two, in a ‘leaky fishing boat ... crammed in like sardines’ and undertaken to escape the difficulties of a life still impacted by the Vietnam War, the book explores his assimilation into a new country and way of life with his typically good-natured form of humour.

Do is a born story-teller and his positivism is contagious. His story is well-told and as moving as it is funny, and he happily discusses the difficulties of fitting in, the divorce of his parents, the pressure to help his family rise above their poverty and the sometimes hard slog on the road to winning Comedian of the Year.

He pokes fun at the trials and tribulations of life in general, as well as his own experiences, in a way that is both honest and encouraging.

Through it all his familial bonds are perhaps what comes through most strongly - from his father, who orchestrated their escape to ‘make a better life’, to his mother who raised three children on her own after his father left when Anh was 13, and his younger sister and brother of whom he is obviously so proud; to his own wife and three sons, as well as the various uncles and aunts, cousins and friends who make up his extended family.

''Rich wins over poor but family is more important than anything else.''

This is a remarkable tale about the strength of the human spirit. You'll laugh and cry as you read a book that I can only describe as remarkable. It gives me a real appreciation for how lucky we are in Australia.

Anh Do is one of Australia's leading comedians. He has also acted in television series and films, written screenplays and is a sought-after keynote speaker.