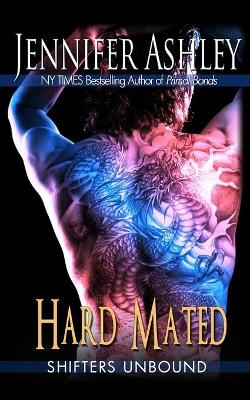 This volume contains Book 3.5 of the Shifters Unbound series (Hard Mated) and Shifter Made, a prequel novella.

Spike, a wildcat Shifter and the champion fighter of Shiftertown, is stunned when Myka, the best friend of a dying human woman, announces that Spike has fathered a cub. What's more, the mother is giving the boy to Spike to protect and raise.

Myka, who'd been raised by an abusive stepfather, is not sure that a wild fighter named Spike is the best man to bring up the cute little jaguar cub. She goes to Shiftertown to check out Spike, and finds that the man behind the name is a lonely Shifter who's lost most of his family and is a fierce caretaker to those he has left.

Spike is torn between the cub and his duties as tracker to the Shiftertown leader, and begs Myka, the only person who understands, to help him. He starts to like the sassy Myka, a horse trainer who's not afraid of working with animals, even if they're wildcats who turn into humans.

When Spike's job puts his cub and Myka in danger, Spike is forced to choose between those to whom he's pledged his loyalty and his need to protect the woman and cub he's come to love.

Alanna, sister to a Fae prince, is sent on a thankless mission--to return to medieval Ireland and coerce a Shifter to craft an incredible sword. Niall O'Connell, master sword maker of the old Kingdom of Ciarrai, hates Fae, resenting the time when Shifters were little better than Fae slaves. But Alanna's heartbreaking story and her beauty are difficult to resist.

Together, she and Niall forge a sword that changes Shifter history, at the same time forging an unbreakable bond between their hearts.

» Have you read this book? We'd like to know what you think about it - write a review about Hard Mated: Shifters Unbound book by Jennifer Ashley and you'll earn 50c in Boomerang Bucks loyalty dollars (you must be a Boomerang Books Account Holder - it's free to sign up and there are great benefits!)


A Preview for this title is currently not available.
More Books By Jennifer Ashley
View All