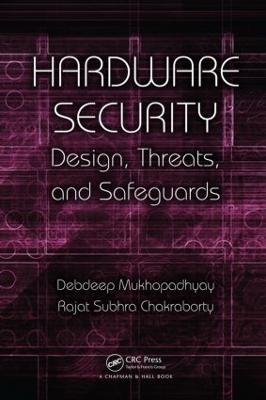 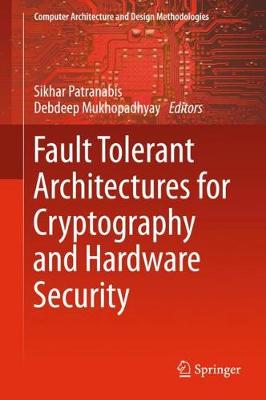 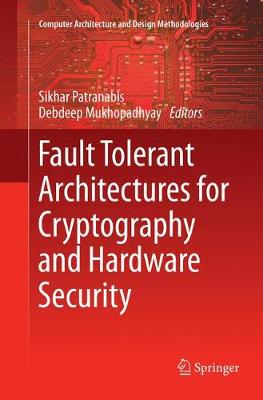 » Have you read this book? We'd like to know what you think about it - write a review about Hardware Security book by Debdeep Mukhopadhyay and you'll earn 50c in Boomerang Bucks loyalty dollars (you must be a Boomerang Books Account Holder - it's free to sign up and there are great benefits!)

Dr. Debdeep Mukhopadhyay is an associate professor at the Indian Institute of Technology (IIT) Kharagpur, West Bengal, where he has been instrumental in setting up a side channel analysis laboratory. Previously, he worked as an assistant professor at the IIT Kharagpur and Madras. His research interests include VLSI of cryptographic algorithms and side channel analysis. A popular invited speaker, he has authored around 100 international conference and journal papers, co-authored a textbook on cryptography and network security, reviewed and served on program committees for several international conferences, and collaborated with several organizations including ISRO, DIT, ITI, DRDO, and NTT-Labs Japan. He has been the recipient of the prestigious INSA Young Scientist Award and the INAE Young Engineer Award. Dr. Rajat Subhra Chakraborty is an assistant professor at the Indian Institute of Technology Kharagpur, West Bengal. Previously, he worked as a CAD software engineer at National Semiconductor, Bangalore, Karnataka, India and a co-op at Advanced Micro Devices, Sunnyvale, California, USA. His research interests include design methodology for hardware IPIIC protection, hardware Trojan detection/prevention through design and testing, attacks on hardware implementation of cryptographic algorithms, and reversible watermarking for digital content protection. He has authored over 25 conference and journal publications and presented at numerous events including the 2011 IEEE VLSI Design Conference, where he delivered a tutorial on hardware security.

A Preview for this title is currently not available.
More Books By Debdeep Mukhopadhyay
View All