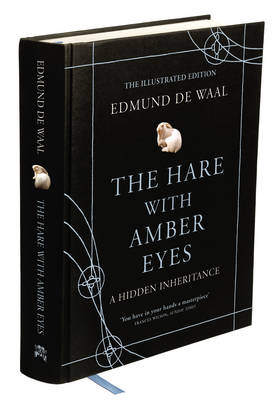 The Hare With Amber Eyes

Description - The Hare With Amber Eyes by Edmund de Waal

The classic hardback edition, completely reimagined with gorgeous new photography of the now-famous netsuke collection, and sumptuous full-colour images hand-picked by Edmund de Waal from his family archive 264 Japanese wood and ivory carvings, none of them bigger than a matchbox- Edmund de Waal was entranced when he first encountered the collection in his great uncle Iggie's Tokyo apartment. When he later inherited the 'netsuke', they unlocked a story far larger and more dramatic than he could ever have imagined. From a burgeoning empire in Odessa to fin de si cle Paris, from occupied Vienna to Tokyo, Edmund de Waal traces the netsuke's journey through generations of his remarkable family against the backdrop of a tumultuous century.

Other Editions - The Hare With Amber Eyes by Edmund de Waal 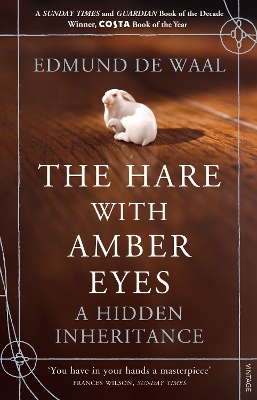 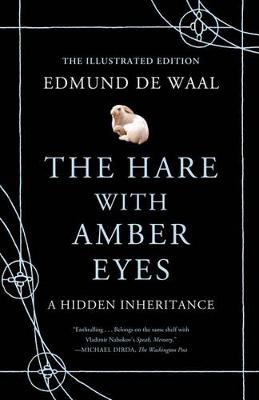 » Have you read this book? We'd like to know what you think about it - write a review about Hare With Amber Eyes book by Edmund de Waal and you'll earn 50c in Boomerang Bucks loyalty dollars (you must be a Boomerang Books Account Holder - it's free to sign up and there are great benefits!)

Edmund de Waal is one of the world's leading ceramic artists, and his porcelain is held in many major museum collections. His bestselling memoir, The Hare with Amber Eyes won the Costa Biography Award and the RSL Ondaatje Prize. It was also shortlisted for the Duff Cooper Prize, the Jewish Quarterly Wingate Prize, the PEN/Ackerley Prize and the Southbank Sky Arts Award for Literature. It was longlisted for the Orwell Prize and BBC Samuel Johnson Prize. Edmund was named New Writer of the Year at the 2010 Galaxy National Book Awards. www.edmunddewaal.com

A Preview for this title is currently not available.
More Books By Edmund de Waal
View All