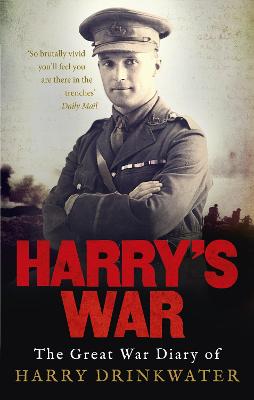 'I saw several fellows fall, one fellow coughing up blood and all the time, bullets were hacking about me. I ran for about 70 yards carrying with me all the Lewis gun things I had brought up and dropped breathless into a shell hole headlong onto a German who had been dead for months.'

Harold Drinkwater was not supposed to go to war. He was told he was half an inch too short. But, determined to fight for king and country, he found a battalion that would take him and was soon on his way to the trenches of the Somme. As the war dragged on, Harry saw most of the men he joined up with killed around him. But, somehow, he survived.

Soldiers were forbidden from keeping a diary so Harry wrote his in secret, recording the horrendous conditions and constant fear, as well as his pleasure at receiving his officer's commission, the joy of his men when they escaped the trenches for the Italian Front and the trench raid for which he was awarded the Military Cross.

Harry writes with such immediacy it is easy to forget that a hundred years have passed. He is by turns wry, exhausted, annoyed, resigned and often amazed to be alive. Never before published, Harry's War is a moving testament to one man's struggle to keep his humanity in the face of unimaginable violence. 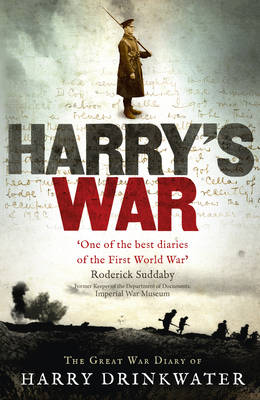 » Have you read this book? We'd like to know what you think about it - write a review about Harry's War book by Harry Drinkwater and you'll earn 50c in Boomerang Bucks loyalty dollars (you must be a Boomerang Books Account Holder - it's free to sign up and there are great benefits!)

Harold Victor Drinkwater was born on 19 February 1889 in Stratford-upon-Avon. He attended King Edward VI Grammar School, where Shakespeare was educated. A month after war was declared in 1914, Harry volunteered, but failed his medical for being half an inch too short. He tried again and successfully joined a Pals battalion in Birmingham. Harry fought on both the Western and Italian Fronts , receiving the Military Cross in 1917. Harry stayed in the army for two more years after Armistice was declared. He died in 1978. Jon Cooksey is a leading military historian who has written a number of books about both World Wars and the Falklands conflict. He is often asked to write articles about battlefield history for the national press, and has co-written and co-produced several radio documentaries for the BBC on the subject of war. David Griffiths is a collector of military artefacts and acquired Harry s diary in 1980. He became fascinated with Harry s story and has long hoped to see it in print. 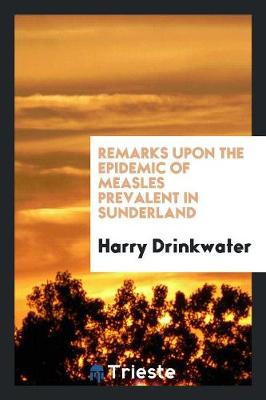 Remarks Upon the Epidemic of Measles Prevalent in Sunderland
Paperback, May 2018
View All Books By Author Harry Drinkwater