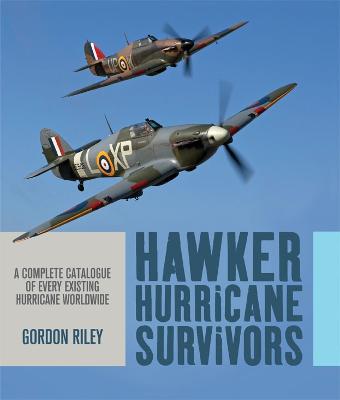 With 2015 being the 75th anniversary of the Battle of Britain - arguably the Hawker Hurricane's 'finest hour' - it is appropriate to tell the story of the surviving Hurricanes from around the world. Building on research originally started thirty years ago, the author has delved into the archives to amass new information - and in the process managed to identify positively one particular Hurricane which had proved elusive for more than forty years. Today a number of Hurricanes are being privately restored globally. However the oldest in existence, a veteran of both the British Expeditionary Force to France in 1939 and the Battle of Britain is displayed in the Science Museum, London and the youngest - the very last Hurricane ever built - is still flying with the RAF Battle of Britain Memorial Flight. This book documents each aircraft by country of origin and mark by mark from the day it left the factory up to the present day. Some have incredible histories whereas others served in very mundane, but still essential, second-line roles until they were disposed of.Where possible each aircraft is illustrated with a present-day photograph together with others taken throughout its life. From the serious enthusiast to the casual museum or air show visitor, if you have an interest in the Hurricane this is the book for you.

» Have you read this book? We'd like to know what you think about it - write a review about Hawker Hurricane Survivors book by Gordon Riley and you'll earn 50c in Boomerang Bucks loyalty dollars (you must be a Boomerang Books Account Holder - it's free to sign up and there are great benefits!)

Gordon Riley was first introduced to the world of vintage aviation through his father, who had been a Lancaster pilot during World War II. His interest in preserved vintage aircraft came from visits to the Skyfame Museum at Staverton and the Shuttleworth Collection at Old Warden in the 1960s; he later became one of the founding members of the Midland Aircraft Preservation Society. He started as an editorial assistant on Aviation News and remained there for a year. From there he published Britain's first magazine dedicated to vintage aircraft - the aptly titled Vintage Aircraft magazine which he edited from 1976-1986. Gordon's previous work includes Spitfire Survivors (1984), with later editions being co-written with the late Graham Trant and, more recently, Peter Arnold.

A Preview for this title is currently not available.
More Books By Gordon Riley
View All