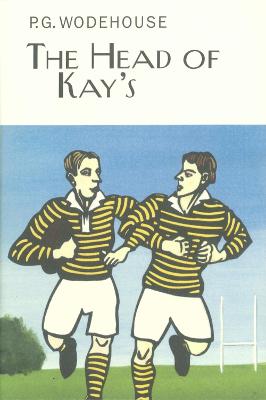 The Head Of Kay's

Description - The Head Of Kay's by P.G. Wodehouse

It is the general view at Eckleton school that there never was such a house of slackers as Kay's. Fenn, head of house and county cricketer, does his best to impose some discipline but is continually undermined by his house-master, the meddlesome and ineffectual Mr Kay. After the Summer Concert fiasco, Mr Kay resolves to remove Fenn from office and puts his house into special measures, co-opting Kennedy, second prefect of Blackburn's, as reluctant troubleshooter with a brief to turn the place around. But without the backing of Fenn, and the whole house hostile towards him, how can he achieve the impossible ...?

Book Reviews - The Head Of Kay's by P.G. Wodehouse

» Have you read this book? We'd like to know what you think about it - write a review about Head Of Kay's book by P.G. Wodehouse and you'll earn 50c in Boomerang Bucks loyalty dollars (you must be a Boomerang Books Account Holder - it's free to sign up and there are great benefits!)