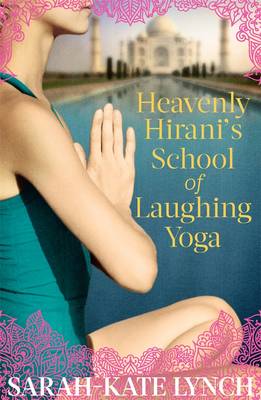 A sparkling, moving, utterly charming new novel from the incomparable Sarah-Kate Lynch
Annie Jordan never wanted to go to India- there were too many poor people and the wrong sorts of smells. But when she ends up there anyway, to her great surprise it's not the beggars that cling to her, it's the lessons in life - courtesy of Heavenly Hirani and her beachside laughing yoga.

This endearing new novel by Sarah-Kate Lynch will reconfirm for her fans what a master she is of humour, exploring and understanding human experience and creating a vivid world around her utterly believable characters. 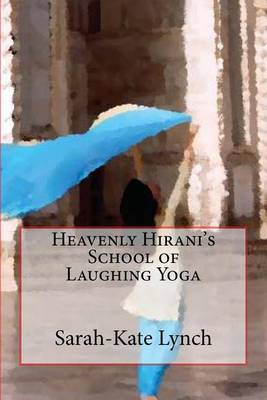 » Have you read this book? We'd like to know what you think about it - write a review about Heavenly Hirani's School of Laughing Yoga book by Sarah-Kate Lynch and you'll earn 50c in Boomerang Bucks loyalty dollars (you must be a Boomerang Books Account Holder - it's free to sign up and there are great benefits!)

Sarah-Kate Lynch is a novelist and editor, and has also worked as a journalist, radio presenter and columnist. She has published many hugely popular novels, plus memoir and non-fiction. She reviews, has hosted magazine book clubs, and writes two columns for New Zealand Woman s Day. Sarah- Kate's novels include- The Wedding Bees, Dolci di Love, On Top of Everything, The House of Peine, Eating with the Angels, By Bread Alone, Blessed Are the Cheesemakers, and her first novel published in 2000, Finding Tom Connor. Her non-fiction work includes a collection of columns, The Modern Girl s Guide to Life (2002). Her memoir, Stuff It! A Wicked Approach to Dieting, she has described as inspired by reading Ellen Degeneres and Fran Drescher's half nonsensical memoirs . In 2014 she resumed her 'Wicked Approach' series with the hilarious Screw You Dolores- A Wicked Approach to Happiness. more are planned. The Sunday Star-Times wrote of By Bread Alone, Witty, charming, faithfully passionate to its subject and emotionally adept. If only this book was a man. In The New Zealand