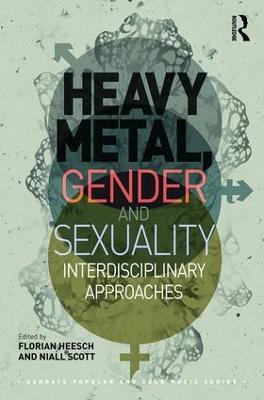 Heavy Metal, Gender and Sexuality brings together a collection of original, interdisciplinary, critical essays exploring the negotiated place of gender and sexuality in heavy metal music and its culture. Scholars debate the current state of play concerning masculinities, femininities, queerness, identity aesthetics and monstrosities in an area of music that is sometimes mistakenly treated as exclusively sustaining a masculinist hegemony. The book combines a broad variety of perspectives on the main topic, regarding gender in connection to: the history of the genre; the range of metal subgenres; heavy metal's multidimensional scope (music, lyrics, performance, style, illustrations); men and women; sexualities and various local and global perspectives. Heavy Metal, Gender and Sexuality is a text that opens up the world of heavy metal to reveal that it is a very diverse and ground-breaking stage where gender play is at the centre of its theatricality and sustains its mass appeal.

Other Editions - Heavy Metal, Gender and Sexuality by Florian Heesch 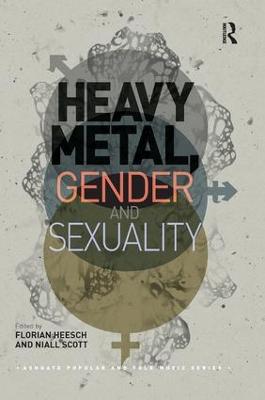 » Have you read this book? We'd like to know what you think about it - write a review about Heavy Metal, Gender and Sexuality book by Florian Heesch and you'll earn 50c in Boomerang Bucks loyalty dollars (you must be a Boomerang Books Account Holder - it's free to sign up and there are great benefits!)

Florian Heesch, musicologist, completed his doctoral thesis on operas and Swedish literature at the University of Gothenburg in 2006. He researched and lectured at several German universities, mainly in the fields of rock music, music and Norse mythology, popular music and queer theory. In 2013 he became professor of popular music and gender studies at the University of Siegen, Germany. Niall Scott is Senior Lecturer in Ethics at UCLan in Preston. His primary research interest is in philosophy and heavy metal, and he is one of the founding members of the current metal studies movement. He also works in the fields of Cultural theory, Bioethics and Theology. Together with Rob Fisher and ID.net, he put together the first conference on Heavy metal in Salzburg in 2008, where he first met Florian Heesch. Niall is editor of Helvete, A Journal of Black Metal Theory and co-editor, with Prof Karl Spracklen of the journal Metal Music Studies (Intellect). He is currently the Chair of the International Society for Metal Music Studies (ISMMS), and has published widely and spoken internationally on heavy metal, politics, philosophy and cultural theory.

A Preview for this title is currently not available.
More Books By Florian Heesch
View All