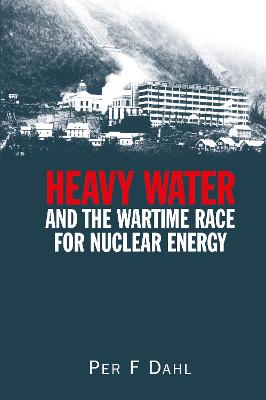 Heavy Water and the Wartime Race for Nuclear Energy

Heavy water played a sinister role in the race for nuclear energy during World War II. It was a key factor in Germany's bid to harness atomic energy primarily as a source of electric power; its acute shortage was a factor in Japan's decision not to pursue seriously nuclear weaponry; its very existence was a nagging thorn in the side of the Allied powers. This text concentrates on the circumstances whereby Norway became the pre-eminent producer of heavy water and on the scientific role the rare isotope of hydrogen played in the wartime efforts by the Axis and Allied powers alike. The book covers the discovery and early uses of deuterium before World War II; its large-scale production by Norsk Hydro in Norway, especially under German control; the French-German race for the Norwegian heavy-water stocks in 1940; its importance for the subsequent German uranium project, including Allied sabotage and bombing of the Norwegian plants; likewise its lesser role in Allied projects, especially, the United States and Canada.
The text concludes with an overall assessment of the importance of heavy water for the German programme, which alone staked everything on heavy water in its quest for a nuclear chain reaction. » Have you read this book? We'd like to know what you think about it - write a review about Heavy Water and the Wartime Race for Nuclear Energy book by Per F Dahl and you'll earn 50c in Boomerang Bucks loyalty dollars (you must be a Boomerang Books Account Holder - it's free to sign up and there are great benefits!)


A Preview for this title is currently not available.
More Books By Per F Dahl
View All