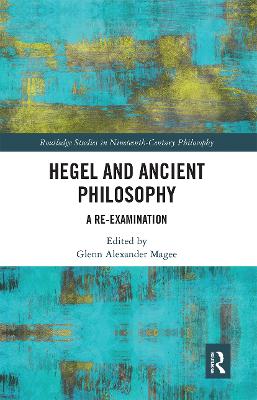 Hegel and Ancient Philosophy: A Re-Examination

Hegel's debts to ancient philosophy are widely acknowledged by scholars, and by the philosopher himself. Roughly half of his Lectures on the History of Philosophy is devoted to ancient philosophy, and throughout his work Hegel frequently frames his positions in relation to the thinkers and movements of antiquity. This volume presents original essays from leading scholars dealing with Hegel's debts to ancient thinkers, as well as his own, often problematic readings of ancient philosophy. While around half of the chapters discuss Hegel's treatment of Aristotle-a topic that has long been at the forefront of scholarship-the other half explore his relationship to such ancient figures as Xenophanes, Anaxagoras, Socrates, Plato, Sextus Empiricus, and the Stoics. The essays challenge a number of longstanding scholarly assumptions regarding, for example, Hegel's denigration of the "mythical," his developmentalist approach to ancient thought, his conception of the state in relation to the Greek polis, his "hermeneutic" of the Platonic dialogues, and his use of Aristotelian concepts in arguments concerning the psyche, the body, and their unity and distinction.

Other Editions - Hegel and Ancient Philosophy: A Re-Examination by Glenn Alexander Magee 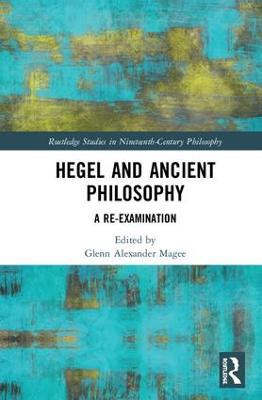 » Have you read this book? We'd like to know what you think about it - write a review about Hegel and Ancient Philosophy: A Re-Examination book by Glenn Alexander Magee and you'll earn 50c in Boomerang Bucks loyalty dollars (you must be a Boomerang Books Account Holder - it's free to sign up and there are great benefits!)


A Preview for this title is currently not available.
More Books By Glenn Alexander Magee
View All