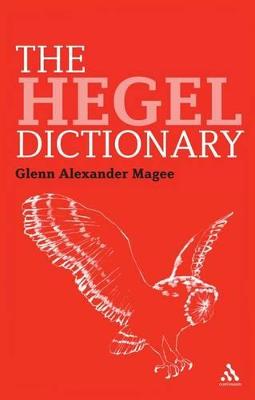 An accessible dictionary of the key terms, ideas, influence and legacy of G.W.F. Hegel, one of the most important German Philosophers of the 19th Century. "The Hegel Dictionary" is a comprehensive and accessible guide to the world of G.W.F. Hegel, one of the most important and influential thinkers in the history of philosophy. Meticulously researched and extensively cross-referenced, this unique book provides a firm grounding in the central themes of Hegel's thought. Students will discover a wealth of useful information and analysis. A-Z entries include clear definitions of key terms used in Hegel's writings and detailed synopses of his major works. "The Dictionary" also includes entries on Hegel's philosophical influences, such as Kant, Fichte, and Schelling, and those he influenced, including Marx. It covers everything that is essential to a sound understanding of Hegel's philosophy, offering clear and accessible explanations of often complex terminology. "The Hegel Dictionary" is the ideal resource for anyone reading or studying Hegel or Modern European Philosophy more generally.
"The Continuum Philosophy Dictionaries" offer clear and accessible guides to the work of some of the more challenging thinkers in the history of philosophy. A-Z entries provide clear definitions of key terminology, synopses of key works, and details of each thinker's major themes, ideas and philosophical influences. "The Dictionaries" are the ideal resource for anyone reading or studying these key philosophers.

Other Editions - The Hegel Dictionary by Glenn Alexander Magee 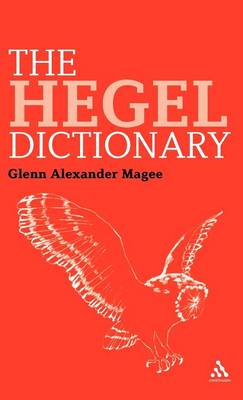 » Have you read this book? We'd like to know what you think about it - write a review about Hegel Dictionary book by Glenn Alexander Magee and you'll earn 50c in Boomerang Bucks loyalty dollars (you must be a Boomerang Books Account Holder - it's free to sign up and there are great benefits!)

Glenn Alexander Magee is Associate Professor of Philosophy at the C.W. Post Campus of Long Island University, in the United States. His publications include The Cambridge Handbook of Western Mysticism and Esotericism (Cambridge University Press, forthcoming in 2011) and Hegel and the Hermetic Tradition (Cornell University Press, 2001; revised paperback edition, 2008).

A Preview for this title is currently not available.
More Books By Glenn Alexander Magee
View All