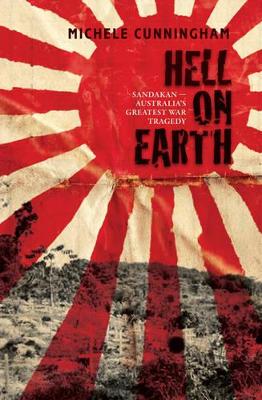 In mid-1942, after the fall of Singapore, almost three thousand Allied prisoners of war were taken by the Japanese from Changi to Sandakan. Of those, 2500 lost their lives.Men died at Sandakan and Kuching, and on the infamous 'death marches': they died from sickness and starvation, torture and appalling violence, or were killed by the guards as they were forced to keep moving along a seemingly never-ending track. Only six Australians survived the death marches, out of the thousand who left ...Michele Cunningham's father was one of those who survived Sandakan, and then Kuching. Through the mateship and common bond of the survivors, she has had access to their stories, and here she gives an account of these courageous men those who refused to break no matter how badly they were treated; and those brave men who didn't make it. And it is the story of the depths to which the Japanese sank.HELL ON EARTH is a remarkable story of bravery, brutality, mateship and survival.

» Have you read this book? We'd like to know what you think about it - write a review about Hell On Earth book by Michele Cunningham and you'll earn 50c in Boomerang Bucks loyalty dollars (you must be a Boomerang Books Account Holder - it's free to sign up and there are great benefits!)

Michele Cunningham is a writer and historian based in Adelaide, and is the author of DEFYING THE ODDS (2006).

A Preview for this title is currently not available.
More Books By Michele Cunningham
View All