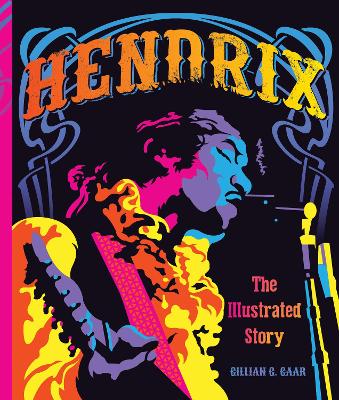 Coinciding with what would have been Jimi Hendrix's 75th year on this mortal coil, this (incredibly) is the first full-blown illustrated gift book exploring the life and career of the man most consider the greatest rock guitarist of all time.

Hendrix enjoyed the international limelight for less than four years, but his innovative and imaginative interpretations of blues and rock continue to inspire guitarists and music lovers across ages and genre.

Inside, Seattle-based music journalist Gillian Gaar examines the guitarist's upbringing, his service as an Army paratrooper, his role as a sideman on the chitlin circuit, his exile in the UK, and his eventual reemergence in the US and the fame that followed until his untimely death in 1970.

Featuring design as lavish as Hendrix's music and carefully curated photography, posters, picture sleeves, and other assorted memorabilia, this is the ultimate Hendrix book experience. 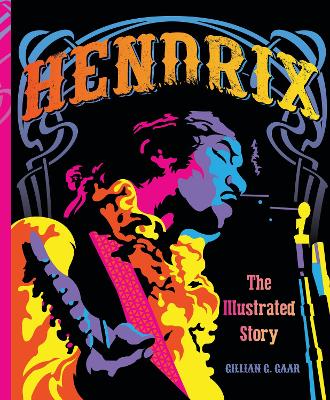 » Have you read this book? We'd like to know what you think about it - write a review about Hendrix book by Gillian G. Gaar and you'll earn 50c in Boomerang Bucks loyalty dollars (you must be a Boomerang Books Account Holder - it's free to sign up and there are great benefits!)

Gillian G.Gaarhas written for numerous publications, including Mojo,Rolling Stone, and Goldmine. Her previous books include She's A Rebel: The History of Women in Rock & Roll,Entertain Us: The Rise of Nirvana,Return of the King: Elvis Presley's Great Comeback, and The Doors: The Complete Illustrated History, and Boss: Bruce Springsteen and the E Street Band; The Illustrated History. She lives in Seattle.

A Preview for this title is currently not available.
More Books By Gillian G. Gaar
View All