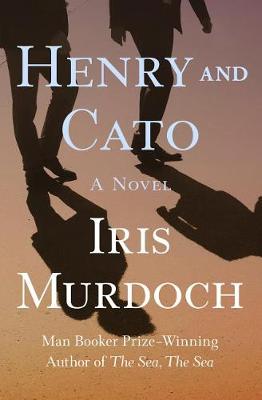 Reunited childhood friends confront their longings and failures in this "engaging" novel by a Man Booker Prize-winning author (The New York Times).

As children growing up in the English countryside, Henry Marshalson and Cato Forbes were inseparable. But, as time went on, their lives took different paths. For Henry, whose older brother would inherit his father's estate, the United States called, with a professorship to teach art history, while Cato devoted himself to the Catholic priesthood and a mission in London. But when Henry's brother dies, leaving him sole heir to his family's vast estate, Henry and Cato find themselves connecting once more and reexamining the paths their lives have taken.

As Henry struggles to come to terms with his personal passions and family obligations, and Cato fights against his religious doubts and darker urges, both men find themselves entwined in a deadly intrigue that could ruin not only their lives but also the lives of those they hold dear.

A dizzying display of complex plotting, Henry and Cato was praised as "Murdoch's finest novel" by Joyce Carol Oates, a spectacular combination of thrilling action and moral philosophizing that will leave readers spellbound.

Other Editions - Henry and Cato by Iris Murdoch » Have you read this book? We'd like to know what you think about it - write a review about Henry and Cato book by Iris Murdoch and you'll earn 50c in Boomerang Bucks loyalty dollars (you must be a Boomerang Books Account Holder - it's free to sign up and there are great benefits!)


A Preview for this title is currently not available.
More Books By Iris Murdoch
View All