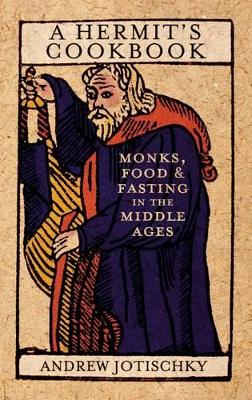 Monks, Food and Fasting in the Middle Ages

How did medieval hermits survive on their self-denying diet? What did they eat, and how did unethical monks get around the rules? The Egyptian hermit Onuphrios was said to have lived entirely on dates, and perhaps the most famous of all hermits, John the Baptist, on locusts and wild honey. Was it really possible to sustain life on so little food? The history of monasticism is defined by the fierce and passionate abandonment of the ordinary comforts of life, the most striking being food and drink. "A Hermit's Cookbook" opens with stories and penportraits of the Desert Fathers of early Christianity and their followers who were ascetic solitaries, hermits and pillar-dwellers. It proceeds to explore how the ideals of the desert fathers were revived in both the Byzantine and western traditions, looking at the cultivation of food in monasteries, eating and cooking, and why hunting animals was rejected by any self-respecting hermit. Full of rich anecdotes, and including recipes for basic monk's stew and bread soup - and many others - this is a fascinating story of hermits, monks, food and fasting in the Middle Ages.

» Have you read this book? We'd like to know what you think about it - write a review about Hermit's Cookbook book by Andrew Jotischky and you'll earn 50c in Boomerang Bucks loyalty dollars (you must be a Boomerang Books Account Holder - it's free to sign up and there are great benefits!)

Andrew Jotischky is Professor of Medieval History at Lancaster University, UK. He has published widely on aspects of medieval religious history; his principal publications include Crusading and the Crusader States (2004), and The Penguin Historical Atlas of the Bible Lands, with Caroline Hull (2009)

A Preview for this title is currently not available.
More Books By Andrew Jotischky
View All

The Normans and the 'Norman Edge': Peoples, Polities and Identities on the Frontiers of Medieval Europe
$270.27 $273.00