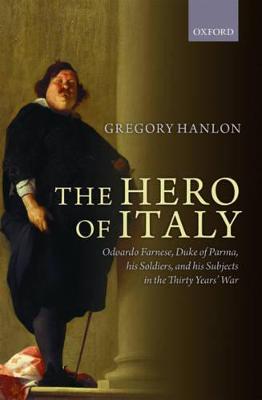 The Hero of Italy

Odoardo Farnese, Duke of Parma, his Soldiers, and his Subjects in the Thirty Years' War

Description - The Hero of Italy by Gregory Hanlon

The Hero of Italy relates the misadventure of a minor Italian state whose prince led it into a major war against the principal European power of the time. By some accident, the very rare company roster-books have survived, giving us an in-depth look at a seventeenth-century army, from the senior officers to the rank and file. Surviving chronicles allow the author to paint a vivid picture of the tumultuous events unfolding in Italy, and these are
buttressed by patient reconstruction of military and civilian mortality. Abundant maps and illustrations help bring the period and place to life. It will appeal to anyone interested in the Thirty Years' War, or of
17th-century warfare in general.

Other Editions - The Hero of Italy by Gregory Hanlon Book Reviews - The Hero of Italy by Gregory Hanlon

» Have you read this book? We'd like to know what you think about it - write a review about Hero of Italy book by Gregory Hanlon and you'll earn 50c in Boomerang Bucks loyalty dollars (you must be a Boomerang Books Account Holder - it's free to sign up and there are great benefits!)

Gregory Hanlon is a French-trained behavioural historian whose work draws from a wide range of social and behavioural sciences. Over his career his work has embraced a variety of historical problems, including religious and military history. An anthropologist whose subjects are long-dead, he has written two books on closely-studied communities in 17th-century Italy and France. A book on the harsh realities of military campaigning in Italy is in preparation.

A Preview for this title is currently not available.
More Books By Gregory Hanlon
View All