There's a new kind of crisis threatening the heroes of the DC Universe, ripped from real-world headlines by CIA-operative turned comics writer Tom King- How does a superhero handle PTSD?

Welcome to Sanctuary, an ultra-secret hospital for superheroes who've been traumatized by crime-fighting and cosmic combat. But something goes inexplicably wrong when many patients wind up dead, with two well-known operators as the prime suspects- Harley Quinn and Booster Gold! It's up to the DC Trinity of Superman, Wonder Woman and Batman to investigate--but can they get the job done in the face of overwhelming opposition?

Other Editions - Heroes in Crisis by Tom King 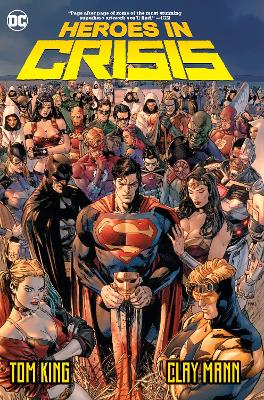 » Have you read this book? We'd like to know what you think about it - write a review about Heroes in Crisis book by Tom King and you'll earn 50c in Boomerang Bucks loyalty dollars (you must be a Boomerang Books Account Holder - it's free to sign up and there are great benefits!)