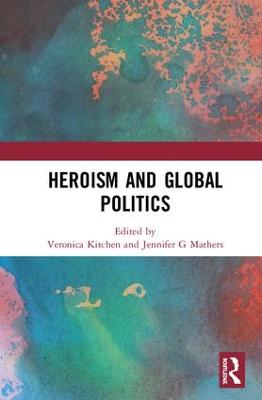 Using analytical tools drawn from international relations, gender studies, war studies, history, and comparative politics, this book examines the cultural and political phenomenon of heroism and its relationship to the process of creating, sustaining and challenging political communities. Arguing that heroism is socially constructed and relational, the contributors demonstrate that heroes and heroic narratives always serve particular interests in the ways that they create and uphold certain images of states and other political communities.

Studying the heroes that have been sanctioned by a community tells us important things about that community, including how it sees itself, its values and its pressing needs at a particular moment. Conversely, understanding those who are presented in opposition to heroes (victims, demonized opponents), or who become the heroes of resistance movements, can also tell us a great deal about the politics of a state or a regime. Heroes are at once the institutionalization of political power, and yet amorphous--one can go from being a hero to a villain in short order.

» Have you read this book? We'd like to know what you think about it - write a review about Heroism and Global Politics book by Veronica Kitchen and you'll earn 50c in Boomerang Bucks loyalty dollars (you must be a Boomerang Books Account Holder - it's free to sign up and there are great benefits!)


A Preview for this title is currently not available.
More Books By Veronica Kitchen
View All