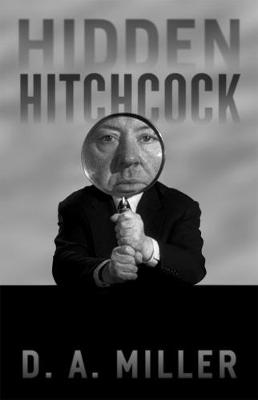 No filmmaker has more successfully courted mass-audience understanding than Alfred Hitchcock, and none has been studied more intensively by scholars. In Hidden Hitchcock, D. A. Miller does what seems impossible: he discovers what has remained unseen in Hitchcock's movies, a secret style that imbues his films with a radical duplicity.

Focusing on three films-Strangers on a Train, Rope, and The Wrong Man-Miller shows how Hitchcock anticipates, even demands a "Too-Close Viewer." Dwelling within us all and vigilant even when everything appears to be in good order, this Too-Close Viewer attempts to see more than the director points out, to expand the space of the film and the duration of the viewing experience. And, thanks to Hidden Hitchcock, that obsessive attention is rewarded. In Hitchcock's visual puns, his so-called continuity errors, and his hidden appearances (not to be confused with his cameos), Miller finds wellsprings of enigma.

Hidden Hitchcock is a revelatory work that not only shows how little we know this best known of filmmakers, but also how near such too-close viewing comes to cinephilic madness.

Other Editions - Hidden Hitchcock by D. A. Miller 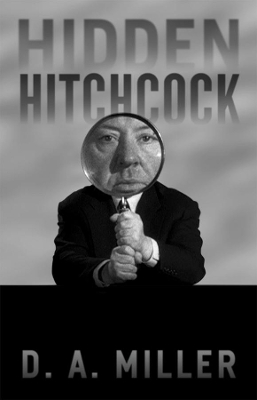 » Have you read this book? We'd like to know what you think about it - write a review about Hidden Hitchcock book by D. A. Miller and you'll earn 50c in Boomerang Bucks loyalty dollars (you must be a Boomerang Books Account Holder - it's free to sign up and there are great benefits!)

D. A. Miller is Professor of the Graduate School at the University of California, Berkeley. His recent books include 8 and Jane Austen, or the Secret of Style. In 2013, he was elected to the American Academy of Arts and Sciences.

A Preview for this title is currently not available.
More Books By D. A. Miller
View All