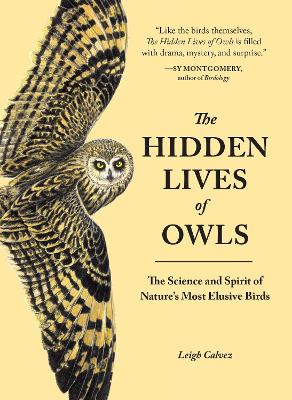 The Hidden Lives Of Owls

Description - The Hidden Lives Of Owls by Leigh Calvez

Join a naturalist on adventures into the world of owls, owl-watching, avian science, and the deep forest-often in the dead of night. Whether you're tracking snowy or great horned owls, these birds are a bit mysterious, and that's part of what makes them so fascinating. Owls are iconic, and there are lots of them in the Western states, even though we hardly ever see them.

Leigh Calvez pursues eleven different owl species-includng the Barred, Flammulated, Northern Saw-Whet, Northern Pygmy, Northern Spotted, Burrowing, Snowy, and Great Gray. Calvez makes the science entertaining and accessible through the stories of the people who are obsessed with these birds and her own avian adventures in the field. The thuggish behavior of barred owls puts the spotted owl at risk, so the federal wildlife agency is actually shooting them in Washington and Oregon. The highly unusual appearance of arctic snowy owls in the Lower 48 directly reflects the state of the vole population in the Arctic. Along the way, the author entertainingly explores the questions about the human-animal connection, owl obsession, habitat, owl calls, social behavior, and mythology. Hoot!

Book Reviews - The Hidden Lives Of Owls by Leigh Calvez

» Have you read this book? We'd like to know what you think about it - write a review about Hidden Lives Of Owls book by Leigh Calvez and you'll earn 50c in Boomerang Bucks loyalty dollars (you must be a Boomerang Books Account Holder - it's free to sign up and there are great benefits!)

LEIGH CALVEZ is a scientist and nature writer whose work has been published in American Nature Writing 2003 and Between Species- Celebrating the Dolphin-Human Bond in addition to Ocean Realm,The Ecologist,The Christian Science Monitor, the Seattle Times, and the Seattle Post-Intelligencer. In 2013 she published her first book entitled Whale Watching Adventures on the Pacific Coast. She has been involved in whale research and observation projects in Hawaii, Massachusetts, New Zealand, and the Azores. 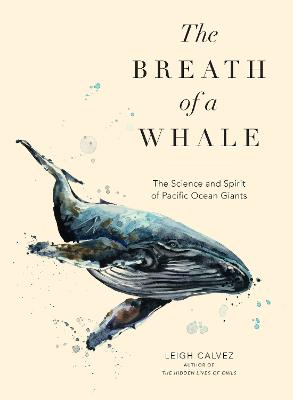 The Breath Of A Whale: The Science and Spirit of Pacific Ocean Giants
Paperback / softback, February 2019
$46.58 $51.75
View All Books By Author Leigh Calvez