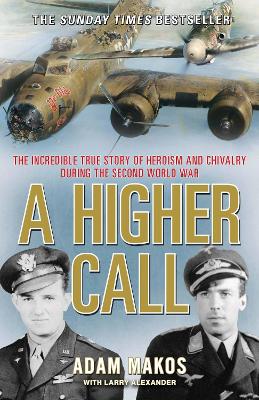 Five days before Christmas 1943, a badly damaged American bomber struggled to fly over wartime Germany. At its controls was a twenty-one-year-old pilot. Half his crew lay wounded or dead. Suddenly a German Messerschmitt fighter pulled up on the bomber's tail - the German pilot was an ace, a man able to destroy the American bomber with the squeeze of a trigger. This is the true story of the two pilots whose lives collided in the skies that day - the American - 2nd Lieutenant Charlie Brown and the German - 2nd Lieutenant Franz Stigler.

A Higher Call follows both Charlie and Franz's harrowing missions and gives a dramatic account of the moment when they would stare across the frozen skies at one another. What happened between them, the American 8th Air Force would later classify as 'top secret'. It was an act that Franz could never mention or else face a firing squad. It was the encounter that would haunt both Charlie and Franz for forty years until, as old men, they would seek out one another and reunite.

Other Editions - A Higher Call by Adam Makos 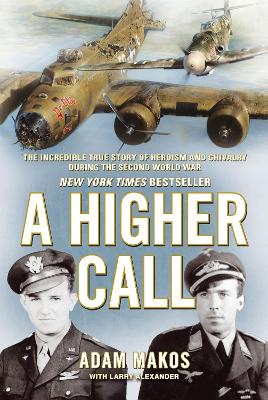 » Have you read this book? We'd like to know what you think about it - write a review about Higher Call book by Adam Makos and you'll earn 50c in Boomerang Bucks loyalty dollars (you must be a Boomerang Books Account Holder - it's free to sign up and there are great benefits!)

Adam Makos is a journalist, historian and editor of the military magazine, Valor. Makos has interviewed countless veterans from the Second World War, Korea, Vietnam, and present-day wars. In 2008 Makos travelled to Iraq to accompany the 101st Airborne and Army Special Forces on their hunt for Al Qaeda terrorists. Larry Alexander is the author of the New York Times bestselling biography Biggest Brother: The Life of Major Dick Winters, the Man Who Led the Band of Brothers. He is also the author of Shadows In the Jungle: The Alamo Scouts Behind Japanese Lines in World War II and In the Footsteps of the Band of Brothers: A Return to Easy Company's Battlefields With Sgt. Forrest Guth.