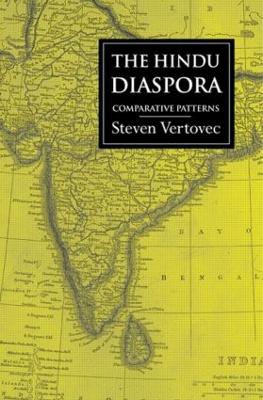 Hinduism outside the Indian subcontinent represents a divergent diaspora. From Britain to the Caribbean, diasporic Hindus have substantially reformed their beliefs and practiced in accordnace with their historical and social circumstances. In this theoretically innovative analysis Steven Vertoved looks at why Hind indentities have developed in such different ways in different contexts and in doing so questions the assumption that subcontinent Hinduism represents the authentic articulation of Hindu identity. Amongst the case studies Vertovec examines are: the historical construction of the category 'Hinduism in India the formation of a distinctive Caribbean Hindu culture during the nineteenth century the role of youth groups in forging new identities during Trinidad's Hindu Renaissance the reproduction of regionally based identities and frictions in Britain's Hindu communities the differences in temple use across the diaspora. This book provides a rich and fascinating view of the Hindu diaspora in the past, present and its possible futures.

Other Editions - The Hindu Diaspora by Steven Vertovec » Have you read this book? We'd like to know what you think about it - write a review about Hindu Diaspora book by Steven Vertovec and you'll earn 50c in Boomerang Bucks loyalty dollars (you must be a Boomerang Books Account Holder - it's free to sign up and there are great benefits!)


A Preview for this title is currently not available.
More Books By Steven Vertovec
View All