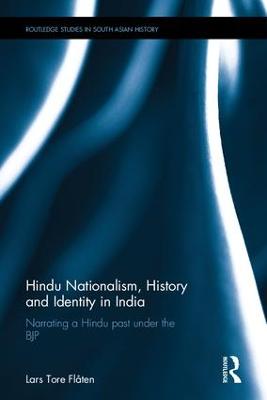 Narrating a Hindu past under the BJP

When the Hindu nationalist Bharatiya Janata Party (BJP) assumed power in India in 1998 as the largest party of the National Democratic Alliance, it soon became evident that it prioritized educational reforms. Under BJP rule, a reorganization of the National Council of Educational Research and Training occurred, and in 2002 four new history textbooks were published.

This book examines the new textbooks which were introduced, considering them to be integral to the BJP's political agenda. It analyses the ways in which their narrative and explanatory frameworks defined and invoked Hindu identity. Employing the concept of decontextualization, the author argues that notions of Hindu cultural similarity were conveyed, particularly as the textbooks paid scarce attention to social, geographical and temporal contexts in their approaches to Indian history. The book shows that intrinsic to the textbooks' emphasis on similarity is a systematic backgrounding of any references to internal lines of division within the Hindu community. Through a comparison with earlier textbooks, it sheds light on the contested nature of history writing in India, especially in terms of nation building and identity construction. This issue is also highly relevant in India today due to the electoral success of the BJP in 2014, and the efforts of the Hindu nationalist organization Vishwa Hindu Parishad to construct a coherent Hinduism.

Arguing that the textbooks operate according to the BJP's ideology of Hindu cultural nationalism, this book will be of interest to academics in the field of South Asian studies, contemporary history, the uses of history, identity politics and Hindu nationalism.

Other Editions - Hindu Nationalism, History and Identity in India by Lars Tore Flaten 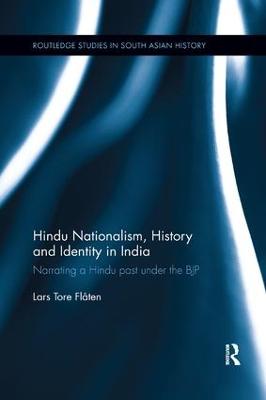 » Have you read this book? We'd like to know what you think about it - write a review about Hindu Nationalism, History and Identity in India book by Lars Tore Flaten and you'll earn 50c in Boomerang Bucks loyalty dollars (you must be a Boomerang Books Account Holder - it's free to sign up and there are great benefits!)

A Preview for this title is currently not available.
More Books By Lars Tore Flaten
View All

Hindu Nationalism, History and Identity in India: Narrating a Hindu past under the BJP
$75.59 $83.99